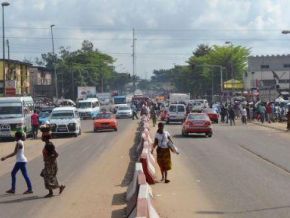 (Ecofin Agency) – According to the World Bank, in Côte d’Ivoire poverty declined from 46.3% in 2015 to 39.4% in 2020. However, the number of poor people has increased by 2.4% in rural areas over the same period. The government now wants to reverse this trend with sustained investments.

Côte d’Ivoire plans to reduce its poverty rate from 39.4% to 31.5% in the next three years. The plan was announced by the government in a release issued today, May 31.

According to the release, the plan is in line with the country’s US$105 billion 2021-2025 national development program (NDP). Apart from reducing the poverty rate, the program aims to create four million jobs.

To achieve these objectives, the Ivorian government intends to capitalize on the achievements of previous development strategies, while strengthening private sector participation in the new program. By strengthening private sector participation, the country intends to boost investments (expected to reach 27.1% of GDP in 2025 compared to 23.1% currently).

Since the end of the 2010-211 post-election crisis, Côte d’Ivoire’s economic growth has been on a sustained path, making the country one of the most dynamic in West Africa.  Between 2016 and 2020, its economy grew by an average of 5.6% and, it is considered the country that prospered the most over the past ten years.

Despite such performances, the Ivorian government still has a long way to go to ensure the wealth created is reflected in residents’ living conditions. According to the World Bank, poverty has declined in the country, going from 46.3% in 2015 to 39.4% in 2020. However, the number of poor people has increased in rural areas, going up by 2.4% over the same period. The government now wants to reverse this trend, by spurring an average of 7.6% economic growth over the next three years.