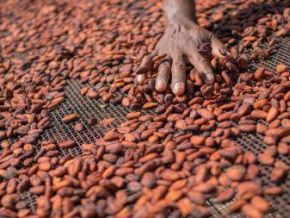 (Ecofin Agency) – Côte d’Ivoire is expecting €1 billion from the European Union to improve the sustainability of its cocoa industry. Jobst Von Kirchmann, the EU Ambassador in the country, said the loan will be provided under the “Team Europe” initiative set up by the institution to assist its member countries.

The resources, which is expected to come from all 27 EU member states as well as financial institutions in the zone, will help Côte d’Ivoire in its gradual transition to the production of cocoa that is not derived from deforestation or child labor and contributes to a positive impact on the producing communities.

The announced EU support comes after the launch of the joint sustainable cocoa initiative on January 22nd with the Ivorian authorities. It also comes at a time when European consumers are increasingly concerned about the sustainability of the products they buy and when environmental organizations are urging the authorities to increase their commitments against global deforestation.

The EU still has no regulations prohibiting the import of agricultural products from deforestation, even though it is one of the main destinations for commodities (soy and palm oil) whose production aggravates the deforestation phenomenon.

As a reminder, the European Union absorbs more than 65% of Ivorian cocoa production.