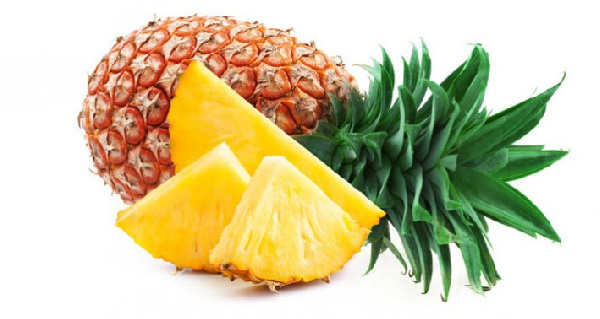 For many years, Ghana’s export sector focused on cocoa, gold, timber, bauxite, rubber and oil. However, during the 1980s and 1990s pineapple exports became an important area of activity. This was largely due to the vision of a few people, but it is also a sector that has struggled to adapt.

The story starts in the late 1970s, when Daniel Osei Yaw Safo, the modern ‘Tetteh Quashie’ of the pineapple industry, set off to turn an untapped pineapple resource into a multi-million-dollar industry. Daniel returned to Ghana after serving as a manager for Ghana Commercial Bank in London. He was committed to achieving something new in Ghana.

Coming from a very humble background, Daniel Safo valued hard work and had the drive and initiative to pursue his vision. He founded Combined Farmers Ltd (CFL) to support the large-scale cultivation of pineapple. In the 1980s he then expanded his horizons with exports to Europe.

Due to the landmark revolution he brought into the Agricultural landscape, he was recognized during the maiden edition of the National Farmers’ Day celebration in 1985 as the National Best Farmer. Together with a group of other innovative entrepreneurs, such as Koranco, a significant market share was secured and gave Ghana a strong reputation for producing high quality pineapples.

These were delivered by air, ensuring speedy delivery and high quality. However, back in the 80’s, there were only five flights per week from Accra to Europe, making it difficult to export even 10% of the produce. Seeking to increase production to meet the demand in the European market, Mr Safo established a cargo airline to support airfreight of the commodity.

As the business blossomed, he brought together more exporters to form an association that enabled them to build sufficient volumes of fresh pineapples for air-freighting.

The Ghanaian exporters were able to take advantage of the favourable climatic conditions to build a flourishing industry. The ‘smooth cayenne’ species started to appear on the shelves of many European supermarkets. Back home, the business supported livelihoods and contributed to the improved nutrition of thousands of people.

CFL and the other exporters continued to increase the frequency of their shipments, making pineapple exports one of the most significant growth areas in Ghana. The exports grew 14-fold between 1980 and 1998 from US$1.8 million to US$26.8 million. As a result, Ghana gained a real foothold in the European market.

In 2001, the industry was hit with its first major setback following the September 11 tragedy. With resilient titans like Safo involved, 9/11 was not the end of the business. However, there was a shift of focus.

Further expansion involved a transition to sea-freight, but this also created the challenge of managing cool-chain distribution and ensuring quality was not compromised. Mr Safo helped arrange common handling of sea-freight logistics and was instrumental in facilitating market access. Working in close cooperation with the then ‘Ghana Standards Board’, he promoted common export standards.

The exports continued to increase rapidly to the close of 2004, when the commodity reached 71,000 tons and generated about US$22 million. Although exports of fresh pineapples increased significantly in 2004, making Ghana the second largest pineapple exporter after Cote d’Ivoire, it represented a mere 12% percent of the global market.

There was still potential for Ghana to considerably grow the industry. However, new challenges were soon to appear. Contrary to the high expectation of increased market share (after the impressive 2004 export year) Ghana’s smooth cayenne began to face rejection in Europe.

From 2005 onwards, Costa Rica promoted the new MD2 variety (‘Del Monte Gold’), which took over the European pineapple market. This had previously been dominated by Ghana and other African countries.

This sudden shift resulted in a significant decline in Ghanaian export share, while Costa Rica continued to establish itself as the new market leader. As a result of the MD2 initiative, more than 500,000 smallholder farmers lost their jobs. The high cost of investment required to establish the new variety, and also issues of disease among other varieties, made it very difficult for many to get back into profitable business.

The situation deprived Ghana of the millions of dollars it used to get in foreign exchange. In addition, many fruit processing companies ceased trading, while pack houses and cold chains in some pineapple growing areas became redundant. Many farmers either converted their farms to grow other crops or sold them for construction of residential properties. The number of exporters also reduced from 50 in 2004 to around 15 a few years later.

This MD2 invasion and the displacement of Ghana and other African countries from the market, highlights the reality of global markets and the challenges African producers face. Staying competitive requires a strategy to constantly adapt to new market demands and competitors’ innovations.

Del Monte had started researching into the shortcomings of the smooth cayenne back in 1996 and had resolved to come out with a variety that would take over the market. So what lessons can Ghanaians take from this hard lesson?

Perhaps most important is the need to appreciate the fundamental role research and innovation plays in ensuring market sustainability. These issues affect not only production practices but also competition between different supply chains.

In addition, the country’s marketing and promotion programs have to be strengthened with clear brand “identities” and “labels” that convey a message. We can’t rely on traditional “brand loyalty” when there are significant new developments taking place.

Most farmers who survived decided to switch from smooth cayenne (SC) to MD2. But Mr. Safo believed that abandoning the SC completely was not the way to go. There were still opportunities to promote its advantages in order to regain some of the lost market share.

He argued that the smooth cayenne offered better juice, flavour and fibre than MD2, which could enable Ghana to re-enter the market place. Mr Safo stood vindicated as the MD2 was found to be more expensive to grow in Ghana due to the climate and soil conditions.

Those who switched to MD2 faced an uphill task in catch up and significant competition. Costa Rica has ideal growing conditions for MD2, low costs of production and massive economies of scale. Daniel Safo believed that the focus should have still been placed on improving the smooth cayenne (and the delivery logistics) rather than competing head-on with Costa Rica over the MD2.

He saw opportunities to gain competitive advantage in organic pineapple and tap into the “fair trade” movement.

This idea worked for Ghana when Waitrose started retailing whole organic pineapples, supplied by Blue Skies in 2005 to the United Kingdom. We should also note that Daniel Safo was one of the original sponsors of the Blue Skies project, started back in 1997.

The cool-chain (air-freighted) export of fresh cut pineapple started in 1998. Mr Safo also tried to diversify the CFL business by venturing into coconut cultivation, which has since developed to become one of the biggest coconut plantations in West Africa.

The Ghana Export Promotion Authority, in line with Mr Safo’s suggestions, embarked on a project to revitalize and boost the production of the smooth cayenne pineapple as part of its implementation of the National Export Strategy. With other contributions from the World Bank, USAID and the U.S.

Millennium Challenge Corporation towards the revitalization of the horticulture industry, Ghana began seeing signs of a new resilience and greater competitiveness. In 2016, Ghana recorded export of fresh cut pineapples worth $53 million. In 2018, Ghana had a 1.1% of the global shares with volumes of 661.5k metric tons. The export value was 29.52 million USD.

The few farmers who have survived strive to keep their heads afloat and re-gain market share in Europe, However, in recent years there have been ongoing problems, including land encroachment. It reminds us that successful, sustainable business requires ‘enabling conditions’ backed by effective systems and the rule of law.

Perhaps the lasting legacy of Mr Safo is to remind Ghanaians that the country needs to harness its natural resources and talent. This requires a clear vision, backed by guiding principles on how to conduct business. One of Daniel’s often repeated quotes from the 1990s was “lazy, corrupt people block progress”.

He saw the need for research, development and innovation that supports future success. The country can learn from his example.
Read Full Story