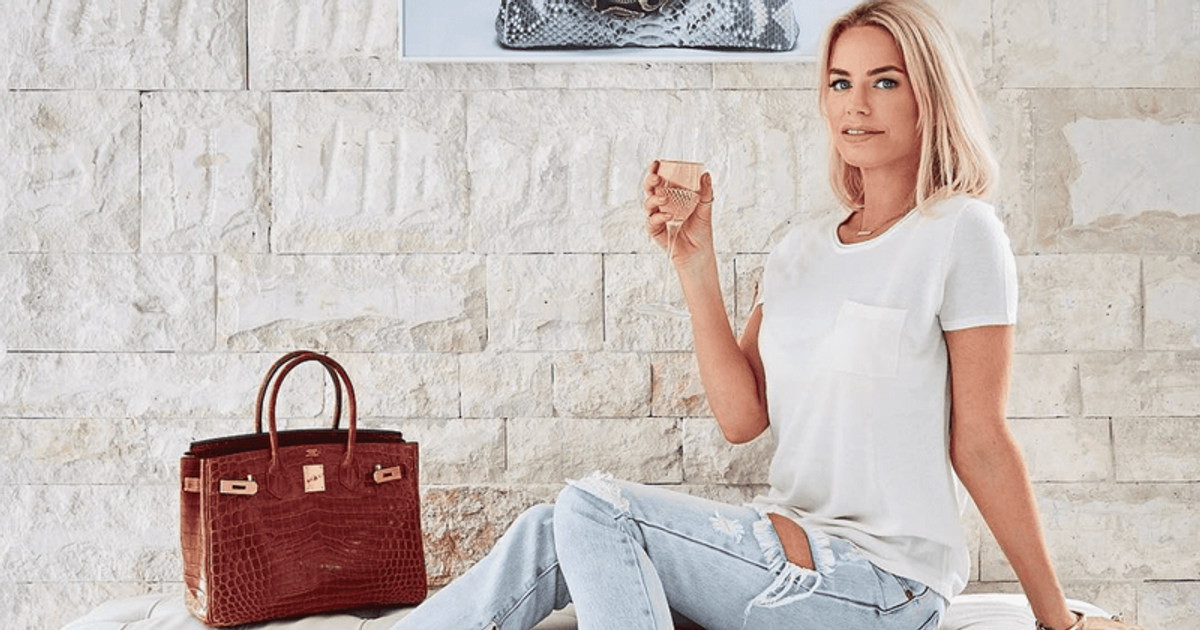 While it’s no secret that the ladies on the ‘Real Housewives’ franchise enjoy the finer things in life such as luxury cars, and designer outfits, none of them come close to ‘Real Housewives of Dubai’ star Caroline Stanbury when it comes to their love for designer handbags! With an impressive handbag collection that’s reportedly worth over $100,000, Caroline is definitely giving the other housewives a run for their money.

Never the one to shy away from flaunting her extravagant lifestyle, Caroline is all set to give the world a peek into her glamorous life on the upcoming Bravo show ‘RHODubai’, alongside other divas such as supermodel Chanel Ayan, entrepreneurs Dr. Sara Al Madani, Nina Ali, and pageant queen Lesa Milan Hall. If you’re wondering how Caroline managed to amass her impressive fortune of $30 million, and how she spends it, then keep reading!

What is Diana Jenkins’ net worth? RHOBH’s richest housewife once did menial jobs to survive

Who is the poorest ‘RHOSLC’ housewive with a net worth of just $1 million?

Caroline was born into a wealthy family in London, England. As the daughter of venture capitalist Anthony Stanbury and Elizabeth Stanbury (descendent of the affluent Vestey dynasty), the blonde beauty has always lived a comfortable life. She was educated at the prestigious Westonbirt School in Gloucestershire. After her schooling, she began working in public relations, and personal styling.

After achieving great success as one of the most sought-after stylists for celebrities, Caroline decided to branch out on her own and launched her own luxury gifting business called Gift Library in 2008. Despite the initial success of the shop, it was shut down in 2015 owing to financial reasons. But Caroline took her learnings from running her own business to launching her other business The Wedding Shop.

In the meanwhile, she also became a reality star when Bravo cast her as one of the stars on ‘Ladies of London’. She became a fan-favorite cast member amongst the show’s fans.

Caroline used her growing popularity to establish herself as one of the top social media influencers following her move to Dubai with her then-husband Cem Habib. Caroline’s net worth has been estimated to be around a whopping $30 million by Celebrity Net Worth. Although a good chunk of her net worth comes from being born into a very wealthy family, she claims to have ‘worked hard’ all her life to afford her luxury lifestyle.

In an interview with DailyMail, the reality star revealed that she had over 200 pairs of shoes, and several designer bags after receiving her first Birken at the age of 21. She said, “I must have 200 pairs of shoes, which I don’t think is that many. I don’t buy from the High Street, because I want things to last.” “Look, I’ve worked hard all my life to fund this lifestyle. I used to buy the “It” bags and I would live on baked beans for weeks to afford them. But I got fed up because everyone had the same thing. Now I buy classic bags. I am a very good customer at Hermes and they know me personally,” she added.

As a successful influencer and a reality star, we are sure that Caroline’s net worth will only continue to see an upward trajectory.