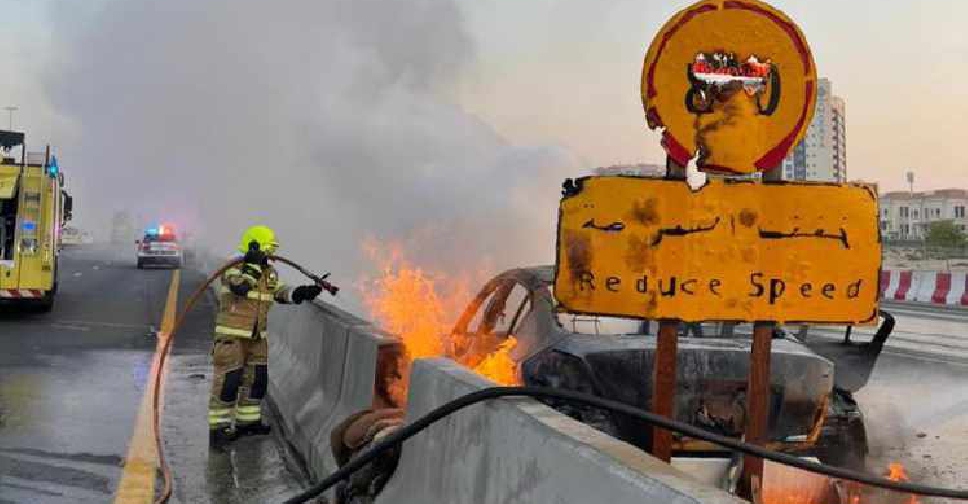 Emergency response teams were quick on the scene after a car caught fire on Dubai-Al Ain road on Tuesday evening.

According to Dubai Civil Defence, the incident, which took place opposite Liwan area was reported at 5:33 pm.

Firefighters from Nad Al Sheba station brought the blaze under control at 6:39 pm and no injuries were reported.

The car was completely gutted in the fire.