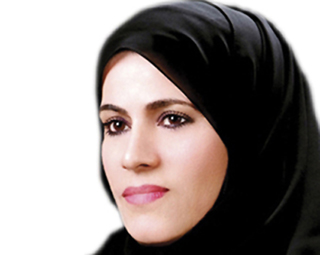 The leaders of the United Arab Emirates have realized that youth is the cornerstone of progress and development in any society, and that it is the emerging nations that invest in youth and work to qualify and strengthen them and use their capabilities in an optimal way, because they are the nation’s most precious wealth, the resource that never runs out, and the main driving force behind the wheel of development and construction and progress in any country, and that human civilization has risen from its primitive stages to the stages of the Renaissance in which we live ii day through innovation and optimal use of resources and minds, and that the world we live in today has become where the movement of minds, talents and information is open, as has never happened in human history before, The various cities of the world compete to deliver the smartest and most creative environment to attract these talents and take advantage of them to build their strength and excellence and increase there es competitiveness.

In August 2018, His Highness Sheikh Mohamed bin Zayed Al Nahyan, President of the State, May God Protect Him, launched the “Global Initiative for Emirates Youth”, which is overseen by the “Federal Youth Foundation”, during his participation in a youth seminar entitled “The Role of the UAE Youth in the World “, held at the Zayed Majlis in Al Bahr Palace in Abu Dhabi and organized by the Foundation on the occasion of the International Youth Day, which falls on 12 August each year and aims to strengthen the role of youth globally in the introduction of the UAE’s authentic values, culture and civilization experience in tolerance, coexistence, human building and empowerment of young people, in addition to expanding bridges of human, knowledge and scientific communication between young people in the Emirates and the world, while His Highness Sheikh Mohammed bin Rashid Al Maktoum, Vice President and Prime Minister of the United Arab Emirates and ruler of Dubai, may God protect him, launched during the current year 2022 in the initiative “Arab Nabilities”, which he described It is the largest Arab movement led by the Museum of the Future.

The initiative seeks to identify the key 1,000 Arab women in 5 years in major tracks, including physics and mathematics, software and computer science, economics, universities and scientific research and others, and support them scientifically and research in the amount of 100 million dirhams (27 , $ 2 million) is set aside for this.

As a result of these goals and the wise and insightful vision of our wise leadership, and in a scientific achievement and an honorably important event for UAE policy, the United Arab Emirates won the chairmanship of the UN Committee on the Peaceful Use of Outer Space. COBOS ”, one of the largest committees in the UN, which includes 100 countries in its membership. UAE Omran Anwar Sharaf, Director of the Emirates Mars Exploration Project, will chair the Committee, and under the current United Nations system, the UAE Presidency of the Committee, first established in 1959 and attached to the United Nations Office for External Relations, space affairs, continue for a period of two years 2022-2023.

His Highness Sheikh Mohamed bin Zayed Al Nahyan, President of the State, “May God Protect Him”, received a few days ago the Emirate physicist Ahmed Eid Al-Muhairi, one of the most prominent international scientists in the field of theoretical physics research, on due to his diverse scientific contributions and his various studies that dealt with a group of phenomena, the most important of which are black holes. In space, His Highness also received student Khamis Al-Junaibi, who won first place at the International Mathematical Olympiad, held in Sharm El-Sheikh in the Arab Republic of Egypt, where they welcomed and praised their scientific progress and honorable achievement for them and their country, the United Arab Emirates.

The victory of the United Arab Emirates in the presidency of the UN Committee on the Peaceful Use of Outer Space “COBOS” is of great importance to the country and is one of the key factors strengthening its soft power in the next phase, and also reflects and consolidates the country’s leadership in space policy, by leading dialogues on challenges The most important, global space, and highlights the UAE’s space diplomacy in facilitating the conclusion of international agreements and ensuring compliance with international treaties in a time of geopolitical and geoeconomic blocs.

It is undoubtedly incumbent upon us, each of his responsibilities and duties (family, school, university, parents and relatives), to convey the honorable civilized image of our country, its authentic values, its rich Arab culture, its ancient heritage, its human morality , customs and traditions, to the people of the world, in addition to building bridges Human and cultural communication between our people and people who strive for openness to the other at different levels because we live in a country that has a broad and solid base of young people, inspired by the principles and values ​​inherited from the founding fathers, and have become an authentic national approach in the service and love of our country, belonging to its country, and sincerity It is the same thing that motivates young people people and motivates them to do everything.

It is this young model that we are proud of that will complete the construction phase and lead the UAE to globalization. Congratulations and every hard working person has a share.