Valtteri Bottas will make his debut with Alfa Romeo Racing at next month’s post-season test in Abu Dhabi if ongoing talks between the Swiss outfit and Mercedes over the Finn’s release come to fruition.

Botta will open a new chapter in his F1 career when he joins Alfa Romeo after a five-year tenure with Mercedes that yielded ten Grand Prix wins.

The Abu Dhabi two-day test will see teams field a 2021-spec car assigned exclusively on one day only to a young development driver, but each outfit will also field on both days an 18-inch wheel mule car destined to support Pirelli’s 2022 tyre test at the venue.

Mercedes and Alfa Romeo is still in talks over Bottas’ availability, but Alfa team boss Frederic Vasseur is confident that the two parties will reach an agreement. 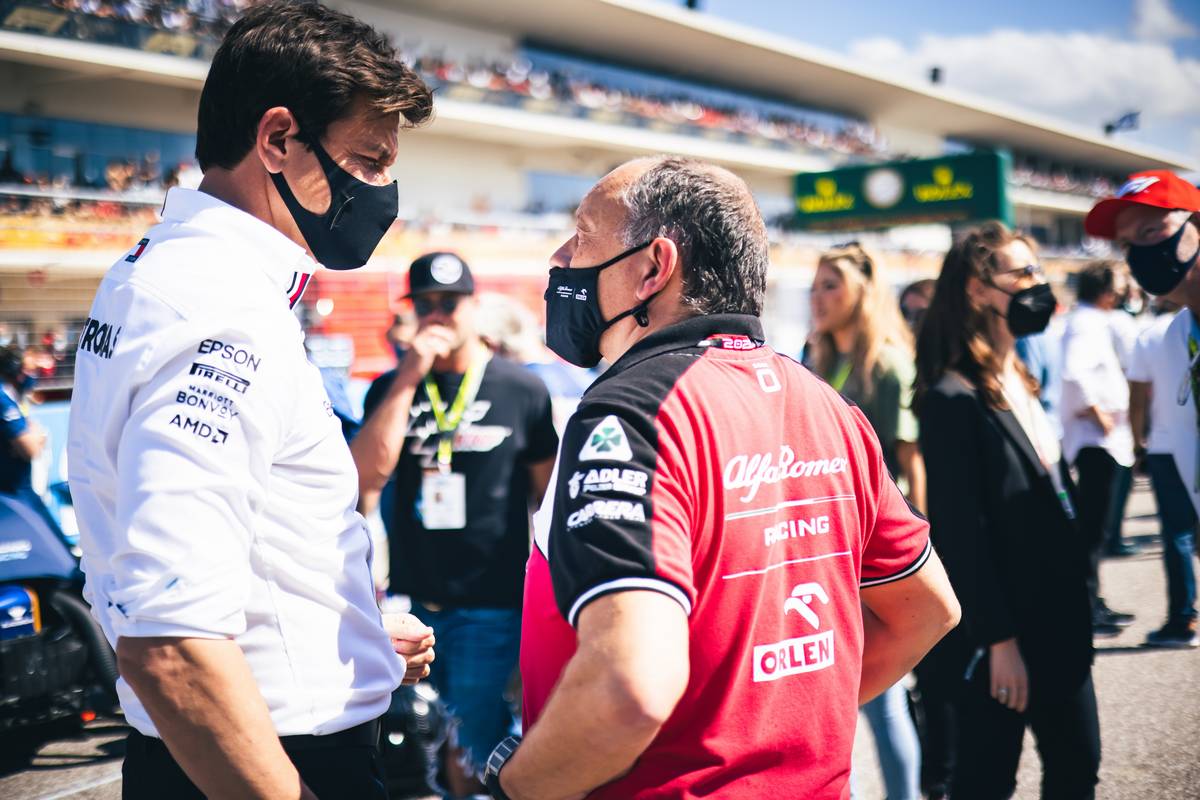 “We met Valtteri a couple of times and we are discussing with Mercedes to put him into the car in Abu Dhabi,” said Vasseur, quoted by The Race.

“It’s a completely new car next year and it’s different but on some systems it’s important for us, even if you have a simulator and can test a lot of things.

“It’s important to have feedback on what we are doing and on top of this, it’s also important to give him the ability to work with the team to know each other, to start to build up the relationship.

“It’s a good opportunity to do it.

“I have a good relationship with them [Mercedes] and Valtteri and for me it’s important. I hope that we achieve it.”

Last weekend in Mexico City, Bottas revealed that he had recently visited Alfa’s Hinwil factory where he underwent a seat fitting.

“It’s a good factory, so they have all the facilities needed to be a good team,” he said.

“I think they haven’t really developed this year’s car. I think they are looking forward to next year since January.”

Gallery: The beautiful wives and girlfriends of F1 drivers