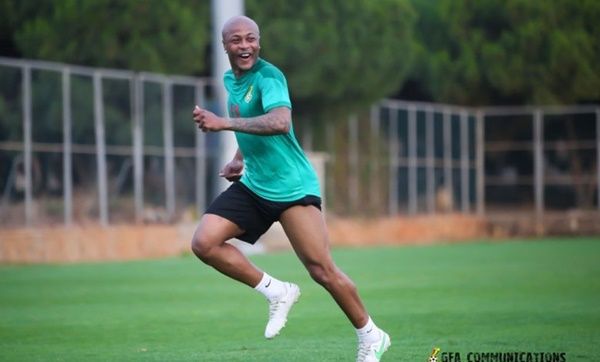 The Black Stars succumbed to a 1-0 loss at the hands of the Atlas Lions thanks to a 68th minute goal from Real Valladolid defender Jawad El Yamiq.

Ghana were far dominant against the North Africans as Akonnor paraded a well drilled and determined Ghana side that showed a lot of poise and commendable work ethics to deliver the results.

Andre Ayew was eventually introduced on the 80th minute mark as he took the place of debutante Joel Fameyeh.

Akonnor, who is a former Ghana international and also captained German Bundesliga side Wolfsburg, has explained his reason for benching the ex-West Ham United man.

“[Dede Ayew] is the captain but when he is not around what do we do? When he is not around we will try somebody so this is a friendly match and it’s an opportunity for the other players who do not often get the chance to play. Of course before you do that [benching Dede] as a coach you need to show respect and talk to the captain for him to understand,” Akonnor explained.

“I explained to him [Dede Ayew] why he would not start and it is my duty as a coach to make each player understand his role and what we want to do. If not there will be misunderstanding, so we have to treat everyone with respect. Respectfully, I sat him [Dede Ayew] down and explained things to him and he understood,” he added.

Ayew is expected to be back to the Ghana line up when the Black Stars take on the Elephants of Ivory Coast in another friendly encounter on Saturday in Cape Coast.