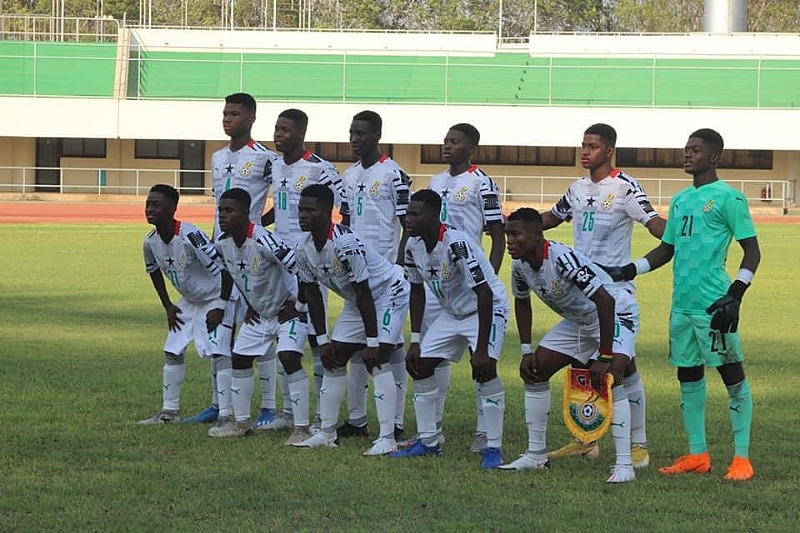 The head coach for the Ghana U-17 team, Ben Fokuo has named a strong starting eleven for the match against the Cote d’Ivoire U-17 team this evening.

The two West African neighbours are scheduled to lock horns at the Kegue International Stadium for an encounter in Group B of the WAFU Zone B U-17 Cup of Nations tournament.

Already on one point, Ghana’s chances of progressing to the knockout stage are in their own hands with even a draw set to be enough for the team.

Later this evening, the team nicknamed the Black Starlets will go up against Group B leaders Cote d’Ivoire. The young elephants defeated Nigeria in their first match and hence are through to the semi-finals of the competition.

Poised to see his team progress as well, Ghana U-17 coach Ben Fokuo has named a formidable starting eleven for the match.

Captain and scorer of the team’s goal in the draw against Nigeria, Abdul Fatawu Issahaku remains the star man in the team and makes the first eleven for the match.

- Advertisement - The UAE Capital has been ranked the world’s safest city for the fifth year in a row, with Sharjah and Dubai...
Read more
News

Free space Muhammad Al-Mutawa January 25, 2021 When we hear the word "Champs Elysees", we know that it is synonymous with the...
Read more
News

The successor to Maserati’s legendary supercar, the MC12, makes its regional debut in the UAE. The all-new Maserati MC20 is the brand’s latest supercar...
Read more