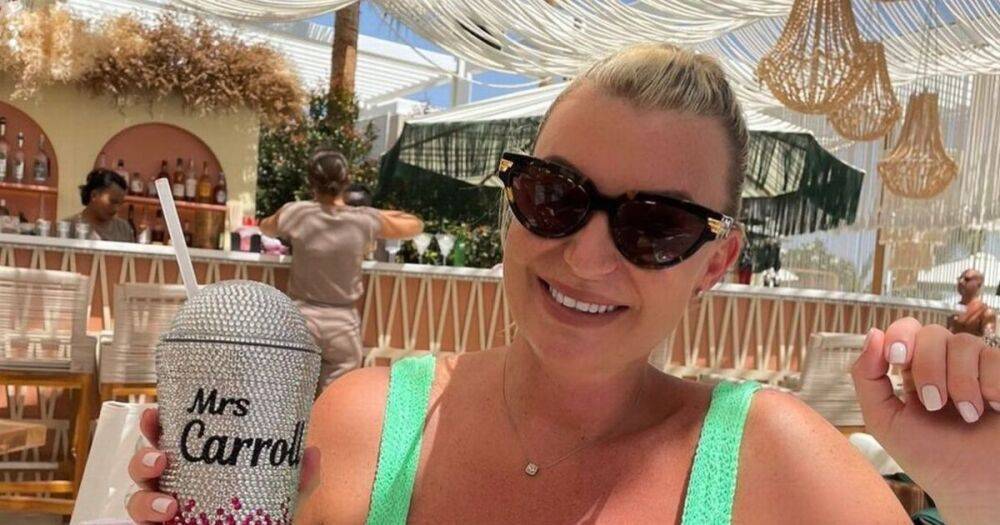 Billi Mucklow reportedly thought her fiancé was “an idiot” after a picture emerged of the professional footballer passed out and sleeping next to bar manager Taylor Jane Wilkey, who is seen pouting at the camera as she takes the snap.

Andy had reportedly spent the day partying with Taylor and her pals at Cove Beach club and another venue before he invited them back to his hotel room for an afterparty.

Bar manager Taylor also took a snap wearing Andy’s personalised robe before she insisted the images were taken on Wednesday 25 May “as a joke”.The Sun now reports that Billi, 34, has learned about other pictures of Andy passed out on the bed with a second woman and has “gone mad”.