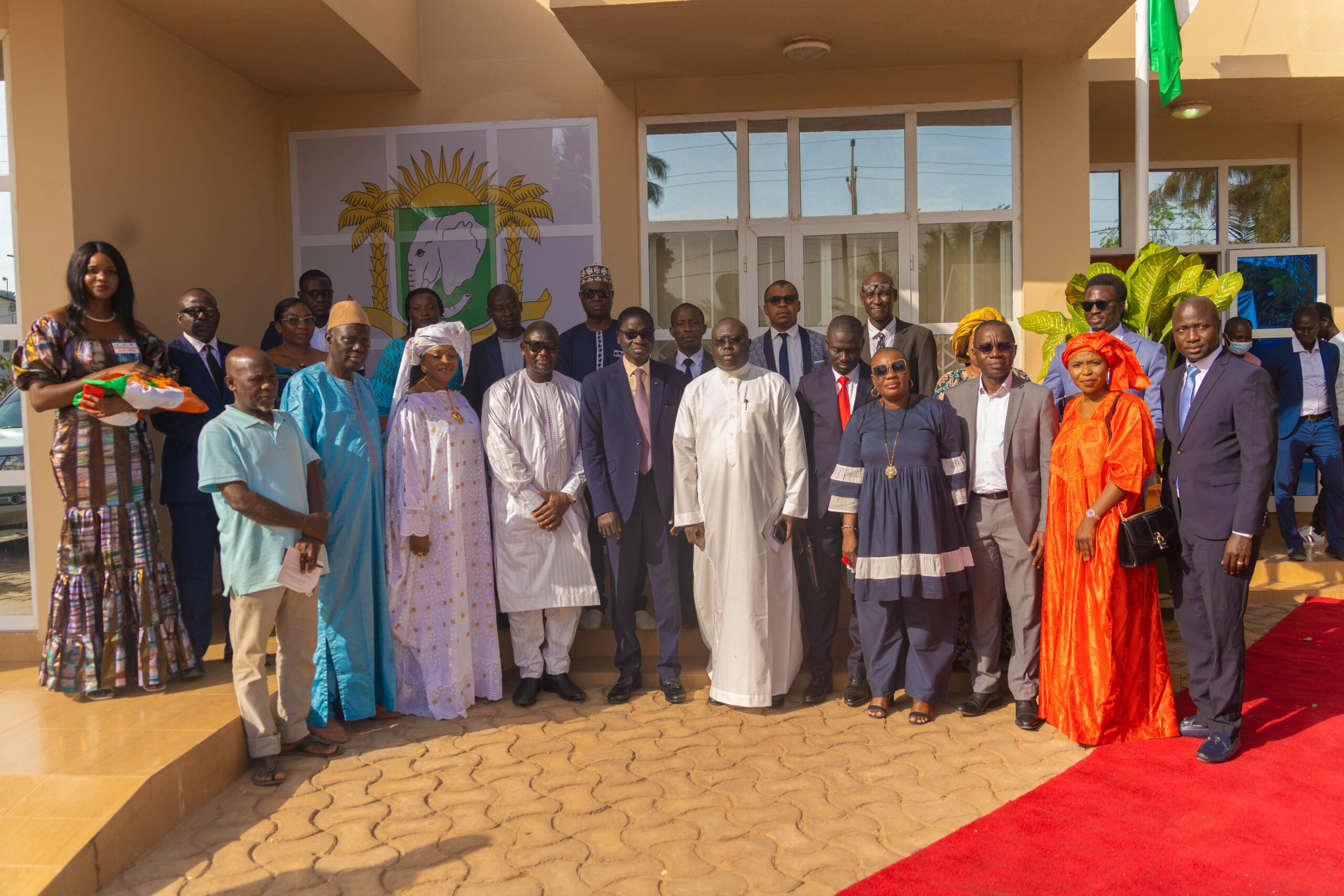 H.E. Hon. Papa Yusupha Njie was appointed in December, 2021 as the Honorary Consul of Cote D’Ivoire in The Gambia. The inaugural ceremony was graced by H.E. General Toure Sekou, Ambassador of the Republic of Cote D’Ivoire to Senegal, The Gambia, Guinea Bissau, Cabo Verde and Mauritania with residence in Dakar, Senegal, the Minister of Tourism and Culture Honorable Hamat NK Bah, The Majority Leader and National Assembly Member for Kantora Hon. Billay G Tunkara, high level Government Officials, Resident Representative of the President of ECOWAS Commission in The Gambia, H.E Madam Vabah K. Gayflor, Honorary Consuls to various countries in The Gambia, members of the diplomatic corps,International Organizations, the business community, family and friends.

Hon. Njie in his speech, described the reopening of the Consulate not only as a way of representing the interests of the Ivorian Community in the Gambia but also as a means of strengthening diplomatic relations between the two sister republics. Describing the Cote D’Ivoire as the second largest economy in West Africa and ninth in Africa, the Gambia has a lot to benefit from this bilateral cooperation as his main focus for the next twelve months and during his tenure is to ‘use the consulate to promote economy diplomacy, paving the way for investors in both countries to increase inter African trade with each other and other ECOWAS Member states, responding to the Africa Continental Free Trade Area(AFCFTA) and also taking advantage of the ECOWAS ETLS scheme in a market of over 300 million people, creating jobs, transfer of skills, and the ripple effects it has in our communities.’

Mr. Sulayman Omar Njie, Permanent Secretary at the Ministry of Foreign Affairs, International Cooperation & Gambians Abroad also gave words of encouragement and motivation to the new Honorary Consul. The Permanent Secretary urged H.E Mr. Njie ‘to enhance people to people cooperation’ especially with the presence of a large number of Ivoirians in The Gambia.