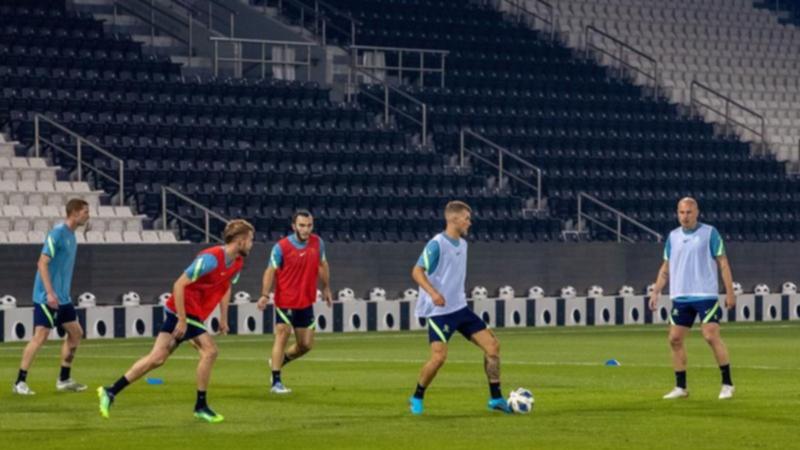 Even after the sun goes down in Qatar, the summer temperatures hover above 30C as the Socceroos head out for an evening training session in the desert nation.

But what greets the players once they exit the tunnel and step onto the field at the Al-Sadd Sports Club couldn’t be in starker contrast to the conditions outside.

A unique cooling system, with large air-conditioning vents along the pitch, has taken away the stifling heat and created perfect temperatures for football.

It’s a bonus for fans too, with smaller vents located underneath seats throughout the venue.

Al-Sadd is one of eight venues for this year’s World Cup, to be held in the cooler winter months of November and December, with this cooling system, each engineered to the specifics of the venue.

The same technology will be in use at the Ahmad Bin Ali Stadium as Australia hope to play in two matches at the venue over the next week to reach a fifth straight finals.

First up is the United Arab Emirates on Wednesday morning AEST, with the winner of that match going into an inter-continental play-off against Peru for a spot at the World Cup.

For youngster Denis Genreau, who came on as a substitute in the air-conditioned Al-Janoud Stadium against Jordan in a friendly last week, it’s an unreal experience.

“On the field, it felt great because you’re not hot at all,” Genreau told AAP.

“I know a few of the boys that were in the stands were genuinely cold in the grandstands and they should have brought jumpers and everything.

“Playing is great in those stadiums. The pitch is perfect and it’s great weather, great temperature in the stadium.

“The stadium is open at the top and it still manages to be colder inside. I don’t know how they do it.”

Defender Bailey Wright has been playing for most of his career in England, where conditions couldn’t be more different than the scorching summer heat of Qatar in June.

The 29-year-old is equally impressed by the effectiveness of the systems, which the Qatar 2022 organising committee say is unpatented, meaning anyone can benefit from its blueprint and adapt it accordingly without being charged.

“Fortunately enough Qatar has been good to us and we’ve had quite a few qualifiers played here already,” Wright told AAP.

“We’ve had a taste of their air-con stadiums and it’s incredible really that they can do that.

“You sort of can’t wrap your head around an open-roof stadium can be that cool.

“And even more so now. I didn’t realise they could cool them to this level when it’s even hotter than it probably has been in previous camps.

“But it’s the same for both teams.

“We’ve just got to make sure that whatever when we cross that white line and play the game – whether it be hot, cold, whatever the weather is – just do the job.”