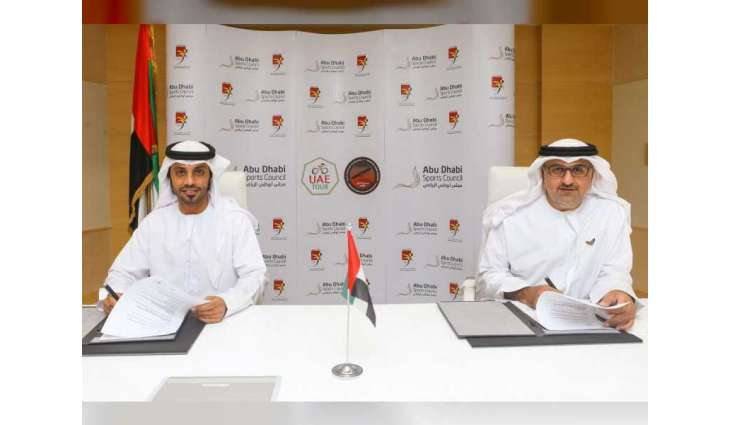 Now in its third edition, the UAE Tour from 21st-27th February is the only WorldTour event in the middle East and the opening race of the season of the Union Cycliste Internationale (UCI).

The Stage 4 of the UAE Tour is slated for Wednesday, February 24th, covering a distance of 204 kilometres. The stage will start and finish at Al Marjan Island in Ras Al Khaimah after racing through Umm Al Qaiwain.

“When the spacecraft arrived, it marked the UAE as only the fifth country in history to reach the red planet and a first for the Arab world.”

Dr. Saeed Hamad Al Hassani, President of the Arab Universities Sports Federation, said the sponsorship of the UAE Tour is to mark the nation’s celebrations of a historic event.

“Our participation as sponsor of Stage 4 of the UAE Tour is an appreciation and salutation to the country’s leadership on Hope Probe,” he said.

Al Dhaheri affirmed that the past period witnessed tremendous growth and development in the quality of activities and events between their federation and ADSC.

“We have an excellent and long standing relationship with the sports council,” he said.

“The Arab Universities Sports Federation is one of the pillars of the Arab sports world and we also work very closely with the sports council to enrich our activities through exchange programs and develop sports from the grassroots.”