On the hand, Ngatia was added to the Azimio la Umoja team tasked with campaigning for Raila’s candidature nationwide. Ngatia will lead the business community in the Azimio Presidential campaigns. 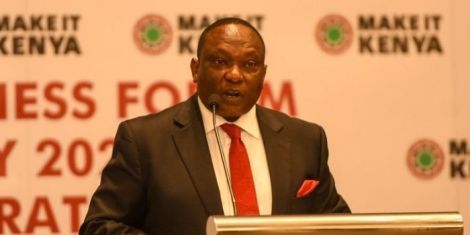 Megascope Managing Director Richard Ngatia speaking at an event in Dubai on February 15, 2022.

The decision to give them the positions follows their agreeing to step down and support Igathe’s candidature. Both Ngatia and Kananu had expressed interests in the Nairobi top seat on Jubilee Party ticket.

During the rally, Raila also endorsed Julius Musili Mawathe for the Embakasi South parliamentary seat. This was after ODM candidate and former Embakasi South MP Irshad Sumra dropped his bid.

To consolidate Azimio’s support in the city, both DAP party and Wiper candidates for Nairobi senatorial seat dropped their bids in favour of ODM’s Edwin Sifuna.

To further strengthen Azimio, Raila called for a truce between Ukambani leaders including Kitui governor, Charity Kaluki Ngilu and her Makueni counterpart, Kivutha Kibwana, and the Wiper leader, Kalonzo Musyoka.

The rally followed an announcement by Kalonzo that he was shelving his presidential ambitions to support Raila.

The former Vice President noted that he will take up the Chief Minister position offered by Raila once they form the government in August.

“After deep introspection, I have deferred my dream to run for president in the upcoming General Election.

“I have since concluded and came to the realization that the future of Kenya is indeed squarely on our shoulders. Thus, I have, with deep humility and appreciation, accepted the nomination to be the Chief Minister in the Azimio government,” he stated. 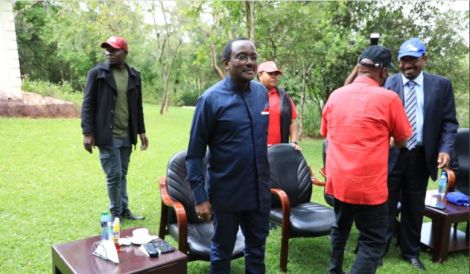 Wiper Leader Kalonzo Musyoka with other delegates at the SK Command Center on Thursday, June 2, 2022.