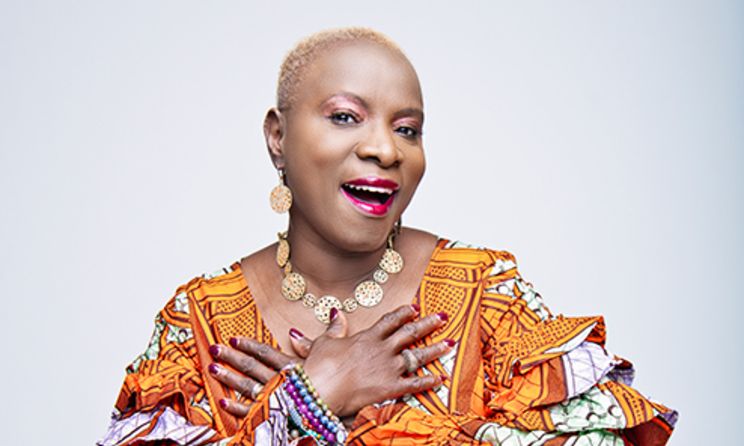 The performance, titled Angélique Kidjo in Concert, forms part of the foundation’s ongoing virtual concert series. Her concert will follow that of Kuwaiti singer and music producer Humood Alkhudher, which was broadcast on 13 January.

Established in 1981, the Abu Dhabi Cultural Foundation runs as a centre catering for art and learning. It hosts events ranging from art exhibits to lectures, concerts, film screenings and workshops.

The performance by Kidjo, a four-time Grammy-winning musician who was named on the BBC’s list of the 100 most inspiring and influential women of 2020, will draw from her long experience as one of Africa’s most recognisable music icons and cultural ambassadors.

“A prominent fixture on the world music scene, this Grammy award-winning vocal powerhouse brings to your screens some creatively inventive music in a dazzling performance,” Abu Dhabi Cultural Foundation said.

Audiences around the world can watch the stream of Kidjo’s performance on the foundation’s YouTube channel or Facebook page. The stream will also be shared on the Music In Africa Facebook page.

Meanwhile, Kidjo has been confirmed for this year’s annual Tibet House US Benefit Concert, which will be held virtually on 17 February. She is also up for the Collaboration of the Year Award at the 2021 MTV Africa Music Awards in Kampala, Uganda, on 20 February. She is nominated for her collaboration with Yemi Alade on ‘Shekere’. The pair faces competition from Beyoncé, Shatta Wale and Major Lazer (‘Already’), Burna Boy, Master KG and Nomcebo Zikode (‘Jerusalem Remix’), Wizkid and H.E.R (‘Smile’), and Burna Boy and Chris Martin (‘Monsters You Made’).