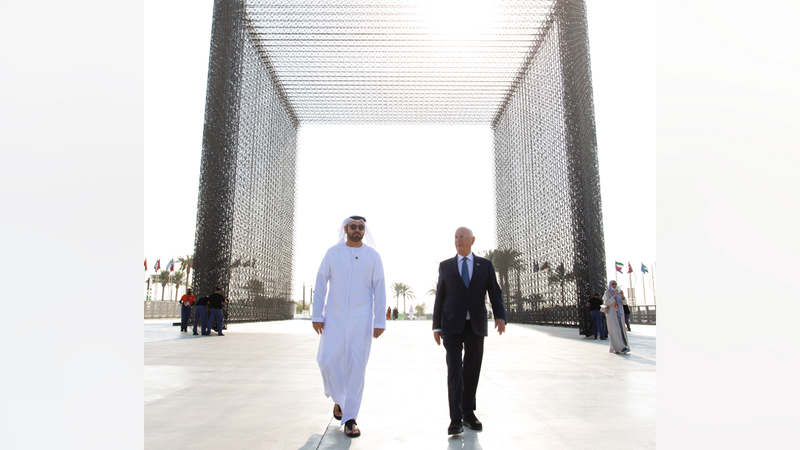 Mohammed Al Gergawi and Klaus Schwab during the opening of the Expo portal.

In a statement, Al Gergawi confirmed that “the World Economic Forum, since its establishment, has contributed to providing a global dialogue platform for decision-makers and the business world to shape the world in various fields,” saying: “We celebrate with him in the land of (Expo Dubai) the strategic partnership and the advanced level of cooperation.”

For his part, Schwab praised the close relationship between the Forum and the UAE government, and expressed his appreciation for honoring the 50-year march of launching the World Economic Forum by opening the Expo 2020 Dubai portal, which bears great indications for the depth and excellence of this partnership in various fields.

Schwab stressed that the UAE government represents a successful experience that is emulated globally in various fields, and that the impressive organization of the largest “Expo” in the history of international exhibitions in the UAE and in Dubai reflects the leadership of the state and its government and the exceptional leadership vision that has moved the country in just 50 years to the ranks of the best countries In the world.