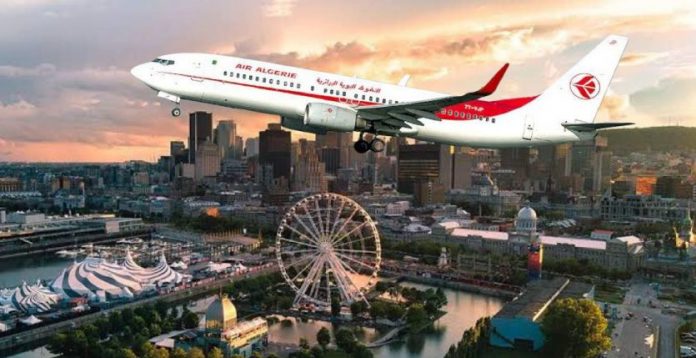 Flights are multiplying and destinations are added to Air Algeria’s program. Following the decision to partially reopen the air borders announced on June 1, the Algerian diaspora is gradually seeing its return to Algeria, especially for that to Canada, thanks to the resumption of commercial services to the country of the leaf of ‘maple.

It was a short-lived joy since as was the case with flights to Dubai and London, those interested were put off by the high cost of tickets. Like the price of a ticket for a one-way ticket from Dubai which costs almost 1,000 euros (997 euros) and a one-way ticket to London starting at £ 525.

This high price affected the tickets of flights recently resumed with Canada. In fact, by going to the Air Algérie website to make a reservation, a one-way ticket for the Montreal – Algiers line in economy class starts at $ 1,222.

“We were subjected to a racket from Air Algeria”

Following the resumption of the Montreal – Algiers line, an Algerian resident in Canada told us about his dissatisfaction with the high price of tickets offered by Air Algeria.

“I am writing to you from Montreal, to point out the racketeering that we are suffering from Air Algeria. They have just announced the reopening of the Montreal – Algiers line, and I went to their site, I tried to make a reservation, and to my surprise, the price of the economy class ticket, in January, the off-season is 2498 CAD, i.e. more than 1875 euros, or even at the unofficial exchange rate: 412.500 DA”. lamented the Algerian who wished to remain anonymous.