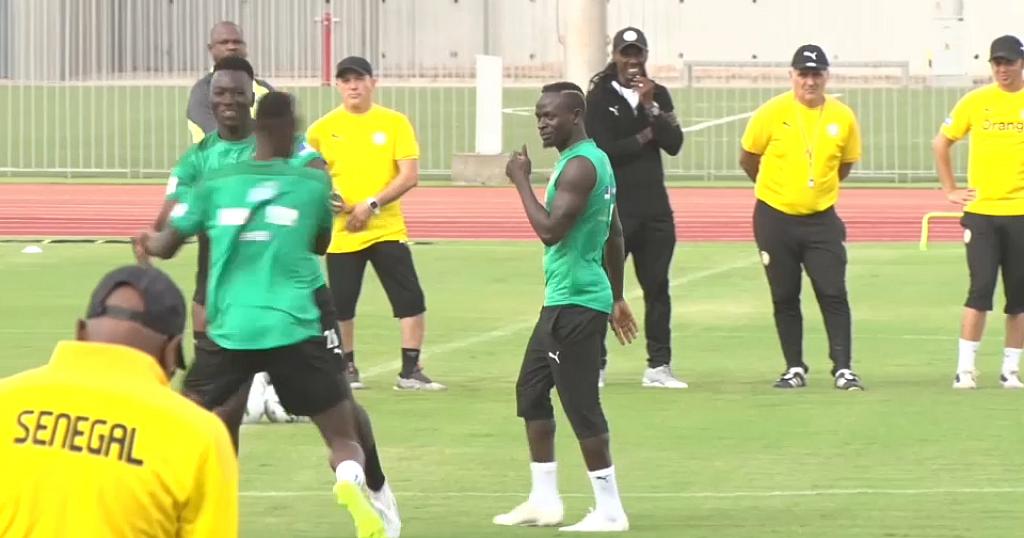 Sadio Mane’s side, the Lions of Teranga will meet Rwanda at the Diamniadio Olympic Stadium on Tuesday.

Rwanda have not qualified for the Africa Cup of Nations since 2004 and will be up against a Senegal side that won the most recent edition of the competition in February of this year.

Rwanda drew 1-1 with hosts Mozambique in their opening game of the qualifying phase last Thursday.

Senegal, meanwhile, made a victorious start to their campaign on Saturday, with Liverpool’s Sadio Mane grabbing a hat-trick in a 3-1 win over Benin.

“When we look at the features of this game, we can imagine that Senegal is superior but we are at the end of the season and our bodies are tired. At the end of the last game 3-1 against Benin last Saturday, I felt that my players were tired, so it is up to us to approach this game with a lot of professionalism, rigor and humility and above all the confidence and ambition that we have given ourselves since the beginning. That is to say, to win our games every time we are on the field and to get the best result possible,” Senegal’s head coach, Aliou Cisse said.

Rwanda has been training hard in recent days to position itself as title contender.

Carlos Alos, Rwanda’s head coach said his focus will be directed to all opponent players but not Sadio Mane alone.

The 29-year-old Fatih Karagumruk winger  who  has already earned 106  international caps, said  his stance that the last 2021  Africa Cup of Nations(AFCON) in Cameroon  must have been misconstrued  as retiring from the Super Eagles.

He said; “I only said that the last AFCON  in Cameroon was going to be my last but I never said I’m retiring from the Super Eagles,” the former Leicester City’s star  said in Abuja ahead of the  Super Eagles’  2023 AFCON  opener against the Leone Stars of Sierra Leone.“ Yes, I said the last AFCON was going to be my last but  didn’t  say I’m not ready to play for the national team again.

“The coach (Jose Peseiro)  knows  I still have something I can give  and that is why he has called me.

“ The next AFCON is next year  and I don’t know if I’ll still be playing active football. But if I’m still active, it is left for the coach to call me if he thinks I still have something to give.

“ So anytime I get a call up, I know I have to come because this is my country .”