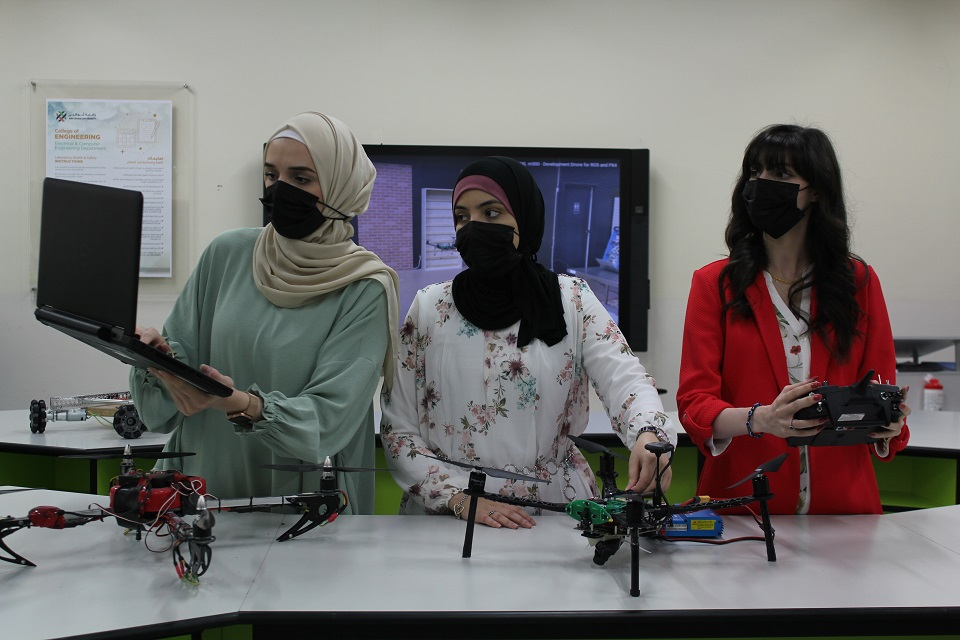 Abu Dhabi University (ADU) has announced the success of its students in the third edition of the Emirates Global Aluminium (EGA) 2020 of the AI Robot competition. Once again, Abu Dhabi University’s Electronics and Communications Engineering (ECE) and Mechanical, Electrical and Computer (MEC) teams won three out of the top four positions (1st, 3rd, and 4th) in the EGA competition.

Emirates Global Aluminum (EGA) awarded the first-place winners from ADU’s College of Engineering AED 70,000 and the third-place winners received AED 10,000. The ADU teams were competing against students from Heriot-Watt University in the final prototype round.

In the third iteration of the competition, the challenge for the 2020 Al Robot competition was to develop an autonomous device to measure the condition of EGA’s baking furnace pits, which operate at very high temperatures. The wining team’s robot is capable of capturing aerial images to map out the furnaces and uses artificial intelligence to analyze the image data.

Commenting on the announcement, Dr. Hamdi Sheibani, Dean of the College of Engineering at ADU, said, “The success of our talented students never fails to fill me with pride. Achieving success in the Emirates Global Aluminum AI Robot competition for two editions in a row is an amazing accomplishment and well deserved. The mere participation in this challenging competition is an achievement in itself and seeing three teams of ADU students in the top four positions in this prestigious competition is a triumph. This success is not only a testament to our students’ ingenuity and creative prowess, but also their ability to mold advanced technologies into solutions that can address real industrial problems.”

ADU remains committed to providing high-quality education, applied research, purpose-built academic facilities, and state-of-the-art laboratories, preparing our students to be leading independent thinkers, problem solvers, and innovators in engineering. This has been a great learning opportunity for our students to apply their academic learning in real-world conditions and become highly skilled engineers capable of building the UAE’s industries of the future. We would like to thank Emirates Global Aluminium for this opportunity, and we look forward to participating in future competitions.”