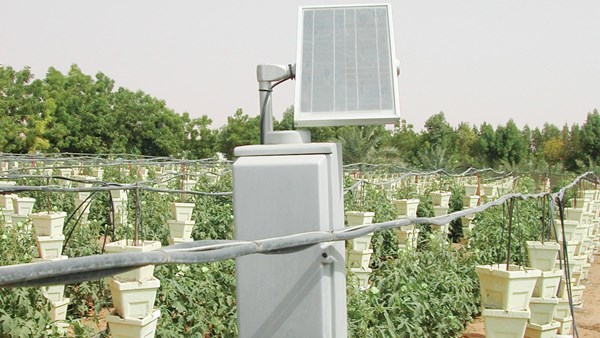 Danish Environmental Protection Agency – Abu Dhabi is implementing a project to rehabilitate unused groundwater wells for emergency use, targeting 200 wells in the Bu Hasa area of ​​the Al Dhafra region.
The authority explained that the tanks were developed and spaces were created to protect them so that they could be used as a strategic warehouse in times of emergency.
The authority stated that it had evaluated 580 wells in the Kachona regions of Al Ain and Bu Hasa, and the studies included the depth of the groundwater, the thickness of the layers, salinity and pump tests, and the results were positive in terms of rehabilitation of wells with high potentials. Environmental Protection Agency – Abu Dhabi confirmed that conservation and conservation of water resources in the Emirate Abu Dhabi is among its most important strategic priorities and groundwater in the Emirates is considered a non-renewable resource and represents 60% of the total water resources used. in the Emirates, while desalinated water accounts for 30% and water accounts for 30% of the water resources used in the Emirates. Treated wastewater accounts for 10% of the resource.
This project comes as part of the Authority’s efforts, in collaboration with partners, to study unused wells and evaluate the possibilities of rehabilitating them in the Al Ain and Al Dhafra regions, to be used as a strategic emergency storage facility, noting that that many wells have been drilled in different areas of the emirate by the residents of the emirate to meet the requirements for household use.
Within the framework of the Groundwater Monitoring Program, the Authority has carried out 1,100 visits to more than 440 boreholes to monitor and measure the water level during 2021, and the total measurements made covered 92% of the target that the Authority sought to achieve during same year.
The ongoing maintenance of the groundwater monitoring network included maintenance of external wells and automatic monitoring devices, with 110 external monitoring wells maintained by setting up protective fences and setting up banners, contributing to the stability of the bases around the new wells and the stability of the surrounding areas. The overall efficiency of maintained automated wells has reached 94% over the past year. Over the past year, the Authority has conducted a comprehensive assessment of the deep groundwater resources in Abu Dhabi. The aim of the project was to conduct an integrated qualitative and quantitative assessment to identify opportunities for sustainable development and the use of potential resources in deep groundwater reservoirs. in the Emirate of Abu Dhabi.
During 2021, the authority completed 55% of the project, which included the submission of two main reports, the initial report and the report on the choice of deep drilling site, as well as the drilling of two exploration wells with a depth of 400 and 700 in Al Ain. the region was closed.
The Authority is overseeing the project of Al-Khair Storage “Strategic Reservoir for Fresh Water in Liwa”, which is considered to be the largest of its kind in the region with a capacity of 26 million cubic meters of groundwater stored in the shallow aquifer northwest of Liwa, which considered as a strategic reserve to supply the city of Abu Dhabi with 180,000 cubic meters / day (40 million gallons / day) over a period of 90 days. The developed artificial intelligence system is used to control the automatic selection of pump wells for each basin based on salinity levels, which are calculated from input from numerical models and sensor measurements. And artificial intelligence is used 100% to handle the store of goodness.