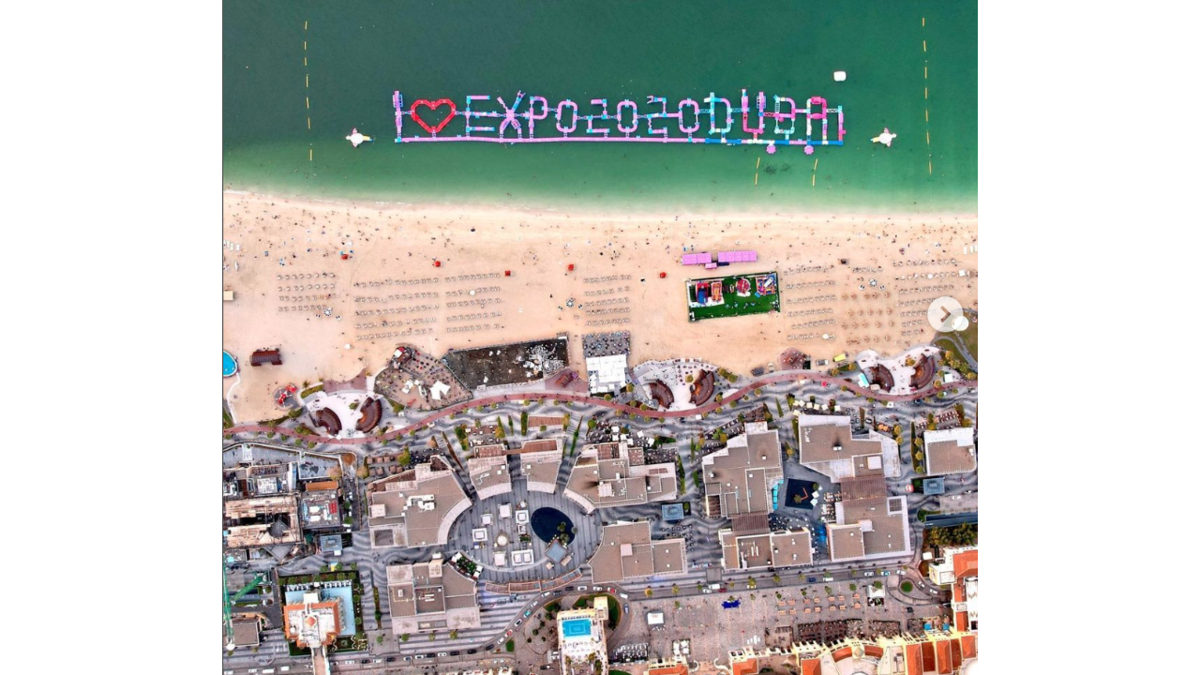 Dubai wears another world record hat and this time it is AquaFun—a waterpark anchored in the Gulf waters alongside the JBR beach that has bagged the Guinness World Record title for being the world’s largest inflatable water park.

Dubai now officially has the largest inflatable water park spread across a whopping 42,400 square metres and includes 72 obstacles. It currently forms the words ‘I love (heart symbol) Expo 2020 Dubai’, which can be seen from aircraft flying into Dubai.

Operating all year round, AquaFun was launched for the first time in 2016 and has now expanded to three times ever since, making it the largest in the world.

The winning title has come at a time when the country is hosting the mega event of Expo 2020 and also at a time when it is celebrating the golden jubilee, which makes the title even more special.

Another event that makes the title special is the Dubai Shopping Festival, which brings a moment of real pride for the city as it is a part of it. AquaFun is a great example of a home-grown business that now provides a huge amount of fun for the many visitors on the beachside.

Talking about the win, Talal Omar, country manager MENA, Guinness World Records Ltd, said, “Dubai is not a stranger to world records and is constantly surprising us with its innovation, creativity and determination to continuously compete against itself. Its citizens and residents are no different, the determination and drive that we see in businesses like AquaFun are admirable.”