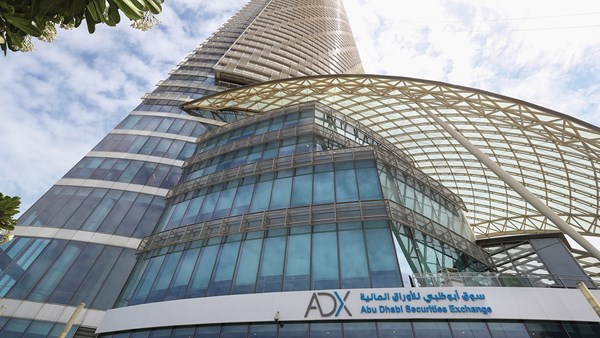 Trading in local stock markets has risen over the past week, particularly in the Abu Dhabi Securities Exchange, which saw strong trading in light of trading activity on the “Borouge” stock, which began trading on it in the last trading session week.
Osama Al-Ashry, a member of the Association of Technical Analysts – UK, confirmed that Abu Dhabi’s market trading was positive and strong as trading volume and values ​​increased significantly over the previous week, reaching approximately 1.608 million shares, with a value of 9.763 billion dirhams compared to the previous week, amounting to approximately 1.608 million shares. 1.117 million shares were traded at a value of 7.398 billion dirhams.
Al-Ashry attributed this activity on the one hand to the listing of the “Borouge” company on the market at the end of the week’s trading, and on the other hand the market index rose upwards since the beginning of the week’s trading as the index rose from level 9690 points to the level 10077 points to close at the level 9800 points at the end of the week trading.
Al-Ashry indicated that trading in the “Borouge” stock started during yesterday’s session at the level of 2.89 dirhams, then the stock rose to the level of 3.04 dirhams, to close at the end of the session at the level of 3 dirhams, executing a trading volume, which is considered to be the largest historically on a par with the listed shares 377 million shares with a total value of over one billion dirhams, more specifically 1.109 billion dirhams.

Dubai market
Regarding the Dubai Financial Market, Al-Ashry stated that the market index started trading last week at the level of 3296, rising to the level of 3417 points during the week’s trading, to close at the level of 3386, an increase of 3% over the previous week.
He added that the shares of “Emaar Properties” and “Emirates NBD” were among the most active stocks during trading last week, as “Emaar” rose from the level of 5.46 dirhams to 5.86 dirhams before closing at the end of Trade at the level of 5.80 dirhams, which is an increase of almost 7% compared to the previous week, and it is likely that the increase in the share came on the background that the company will officially launch a new project called “The Address Residences The Bay in the coming days, and the project is a new residential tower on Emaar Beachfront Island, which forms a large part of the Waterfront area «Dubai Harbor».
Al-Ashry indicated that Emirates’ NBD stock trading activity reached the stock target of 13.92 dirhams before closing at the end of trading at 13.85 dirhams, a 5% increase and the stock had fallen sharply during the previous week to reach the level of 12.47 before bouncing up to the last level.