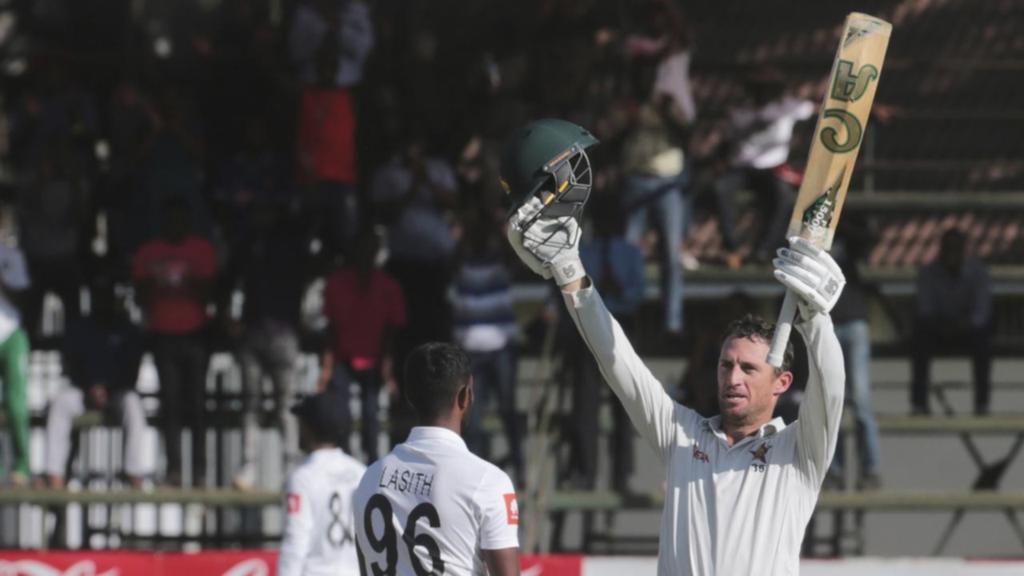 A century from captain Sean Williams and clinical pace bowling from Blessing Muzarabani and Victor Nyauchi has led Zimbabwe to a 10-wicket win over Afghanistan inside two days in the opening Test in Abu Dhabi.

It was the second Test match in less than a week to finish inside two days after India beat England by 10 wickets in their day-night clash in Ahmedabad.

After Afghanistan were bowled out for 131 in the first innings, middle-order batsman Williams negotiated seam-friendly conditions to score 105 and help Zimbabwe to a solid total of 250 on Wednesday.

Trailing by 119, Afghanistan then struggled to spend time at the crease as eight batsmen were dismissed for single figures in the second innings, five of them for ducks.

They were bowled out for 135 to set a target of 17, which Zimbabwe reached in just 20 deliveries without losing any wickets.

Muzarabani and his new ball partner Nyauchi, who completed career-best Test figures of 3-30 in the second innings, finished the match with six wickets each.