By Chris Madden in Latest News, Retail News April 19, 2022
The pop-up features the first online-offline gaming experience for the brand in travel retail in the region
YSL Travel Retail EMEAI has debuted a new immersive pop-up activation at Dubai International Airport Terminal 1 which combines online and offline engagement with gaming experiences for shoppers.
The pop-up marks the launch of the new eau de toilette in the brand’s Y range, which has become a “masculine pillar” of the brand and played a key role in YSL’s franchise peaking at number 3 in the US and number 8 worldwide in 201. 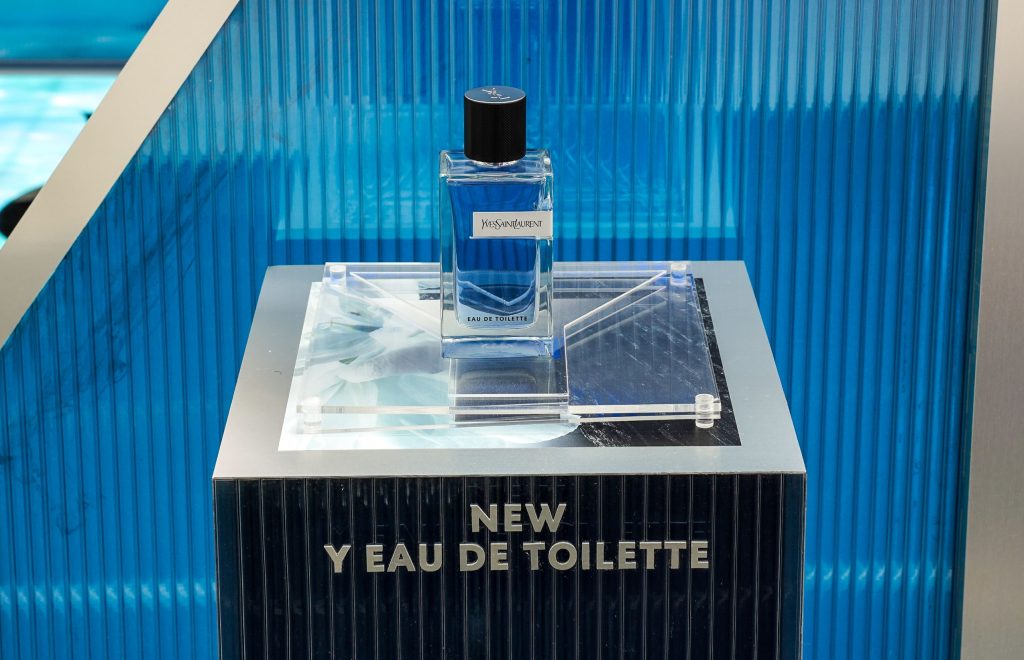 Brand ambassador Lenny Kravitz is at the forefront of the campaign which celebrates a revamped version of the popular original Y scent. A film released to celebrate the launch features Kravitz travelling back to his roots in the Bahamas, in line with the new motto: “To know where you’re going, you need to know where you’re from.”
The pop-up features both online and offline engagement, with an immersive floor at its centre which works with the film to help shoppers “deep dive” in the Caribbean seas. This is accompanied by a gamification aspect, rolled out for the first time in the region by YSL travel retail, which rewards shoppers for catching music noted while the campaign’s track plays. 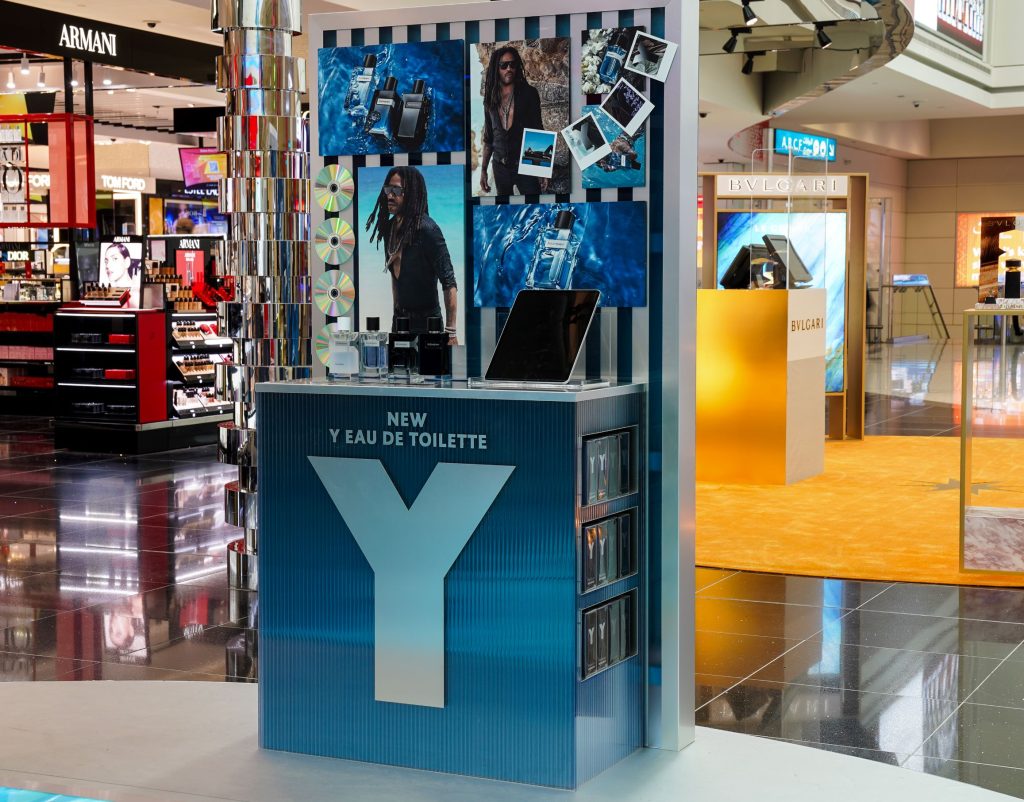 An olfactory wall also highlights the fragrances in the YSL stable.
This physical aspect of the campaign is accompanied by a digital one, with the game accessed by QR code and shoppers engaged before their trip with social media outreach and geotargeted adverts in the airport directing them to the pop-up. 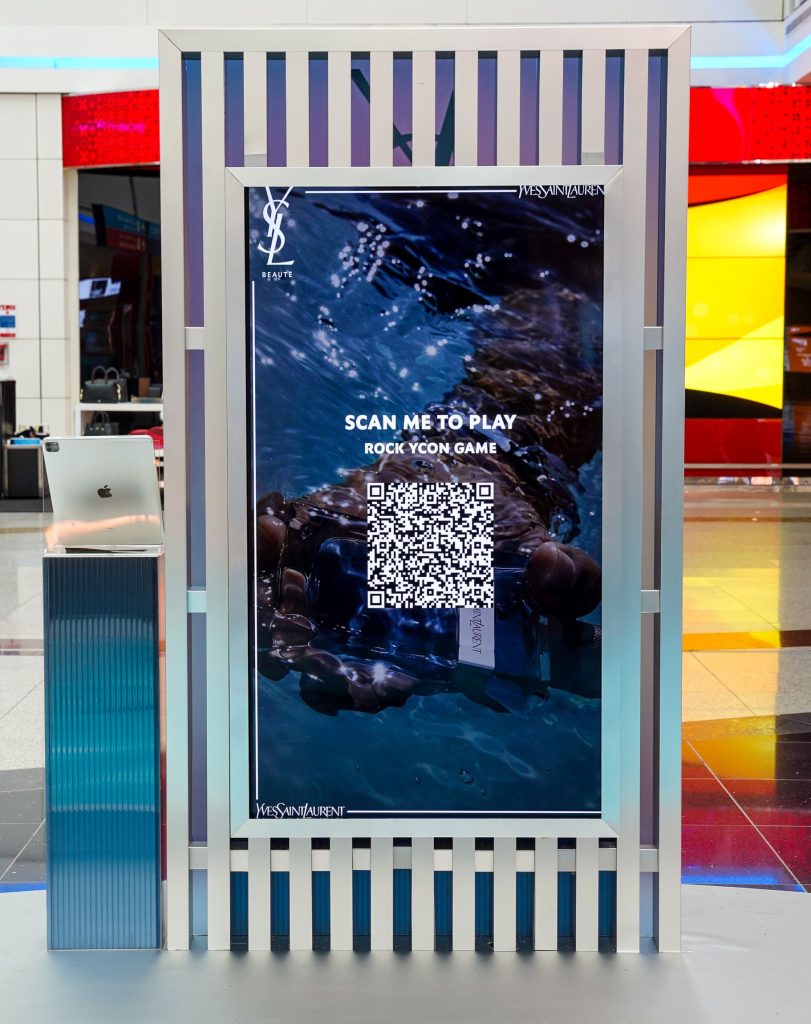 The campaign ran in Dubai through March and has now moved to London Heathrow Airport.
Tagged with: Dubai International airport L’Oréal Travel Retail London Heathrow airport YSL
or a new account to join the discussion.
Register and Sign up for e-Newsletter
By using this website you are consenting to the use of cookies. Duty Free News International is owned by Metropolis International Group Limited, a member of the Metropolis Group; you can view our privacy and cookies policy here.