Wind energy feeds Saudi electricity for the first time.. the largest station in the Middle East 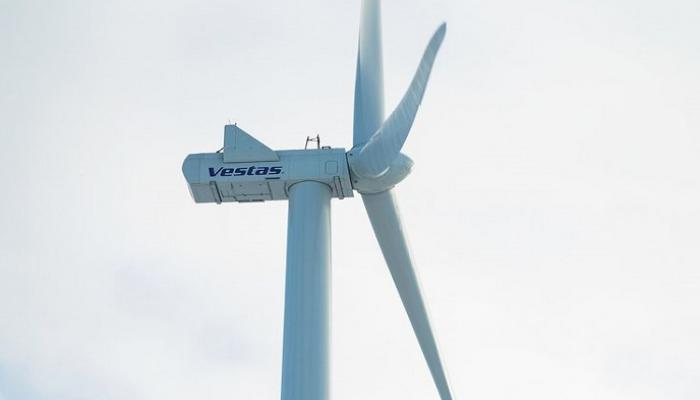 The Dumat Al-Jandal wind power plant, the largest of its kind in the Middle East, has been successfully connected to the main electricity grid in Saudi Arabia.

The Dumat Al-Jandal plant is the first of its kind in Saudi Arabia, and has already started its operation, producing the first megawatt of carbon-free electricity.

A consortium led by EDF Renewables and the Abu Dhabi Future Energy Company (Masdar), the two world leaders in the renewable energy sector, is tasked with developing the 400 MW utility-scale plant.

The plant includes 99 wind turbines designed by Vestas, the engineering, procurement and construction contractor, with a production capacity of 4.2 megawatts for each turbine.

The construction of the station began in September 2019, and the installation of the turbines will soon be completed.

The project will contribute to supporting the Saudi electricity network in meeting the increasing need for electricity during the summer season, which is the time of peak consumption.

The plant will generate enough energy to consume 70,000 homes in Saudi Arabia and will contribute to avoiding the emission of 988,000 tons of carbon dioxide annually, supporting the Kingdom’s goals to address the repercussions of climate change.

Olivier Marchand, Director of Dumat Al-Jandal Wind Energy Company, expressed his happiness to start the process of generating electricity ahead of time at the Dumat Al-Jandal Wind Power Plant, which represents a unique and huge project at the level of service facilities in Saudi Arabia.

He said: “This outstanding achievement would not have been achieved in light of the difficult circumstances imposed by the global Corona pandemic, without the commitment and efforts of the work teams and contractors and the keenness to apply the highest standards of health and safety, as well as the full support provided by the Ministry of Energy, the Saudi Energy Procurement Company and the Electricity Company in Saudi Arabia. “.

“We look forward to achieving the full operation of the plant in cooperation with partners and contractors in the coming months,” he added.

“We are proud to contribute to supporting the transformation of the Saudi energy sector by starting the power generation process at the Dumat Al-Jandal plant, the largest of its kind in the Middle East,” said Olivier Bordes, CEO of EDF Renewables Middle East.

He continued, “This important step reflects our ability to provide competitive, innovative and low-carbon energy solutions, in support of achieving Saudi Arabia’s Vision 2030, which aims to reduce the country’s carbon footprint.”

Osama Al-Othman, the representative of “Masdar” in Saudi Arabia, expressed Masdar’s pride in harnessing its expertise in the field of renewable energy to develop the first wind power plant in the Kingdom in cooperation with its partners, stressing that connecting the plant to the electricity grid represents an important step on the path to achieving this prominent project in the Kingdom, which we look forward to To be completed soon.

The Dumat Al-Jandal wind power plant contributes to the promotion of economic activities within the region, providing more than 600 local job opportunities during the construction phase.

The project also achieved an important milestone in the field of health and safety by recording 1.8 million man-hours without any injury, as a result of following strict safety procedures at the site.

Dumat Al-Jandal station provides electricity for a period of twenty years under the power purchase agreement signed with the Saudi Power Procurement Company, a subsidiary of the Saudi Electricity Company responsible for power generation and distribution in the Kingdom.

Previous articleVisit dubai: A Five-Star Mission
Next articleDFA: Another 382 Filipinos repatriated from Dubai