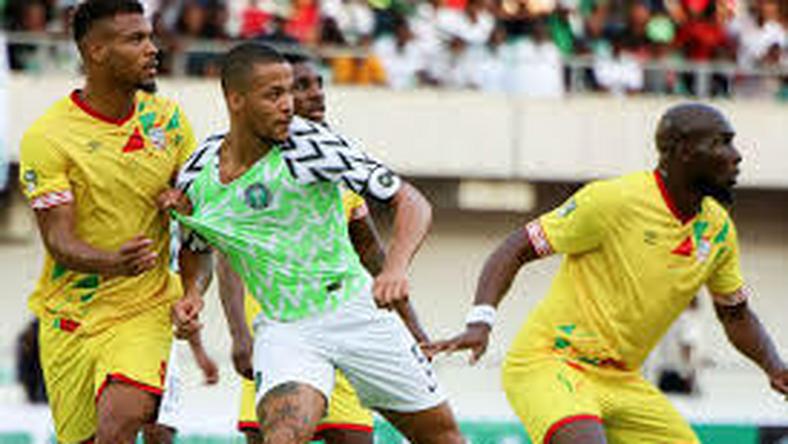 The Super Eagles will square up against their Beninese counterparts at Stade Charles de Gaulle, Porto-Novo needing just a point to secure a place in the competition to be played in Cameroon January next year.

Mounie, who plays for French Ligue 1 side, Brest, has declared that his team had perfected their training in preparation for the game against the Super Eagles.

“We trained well this week and we are ready for this match. The ideal scenario would be for Lesotho and Sierra Leone to play a draw. And that we will only have to draw or win against Nigeria to qualify,” Mounie told bjfoot.com.

Benin sits second on the table with seven points, one point behind Nigeria with two matches to play.

The former Huddersfield Town pointman also revealed that he and his teammates are very excited to honour the call to represent their country against Nigeria.

“We all feel very good , very happy to have been able to travel, to come to the country to help the nation to qualify for the 2021 AFCON,” he said.

He however, expressed disappointments over the absence of fans in the stadium for the game due to the ravaging COVID-19 disease.

“For us, it is a handicap to play without the fans. We know that they are always behind us and that they support us strongly during our home matches,” Mounie added.

“They are really the twelfth man, not having them with us, we’ll miss that for sure. We hope that they will support us in front of their TV, pray for us and that we will all qualify together,” he concluded.

Benin remain unbeaten at home in eight years and will hope to keep that record when they take on Nigeria in order to keep their hopes of a two consecutive AFCON appearances alive.