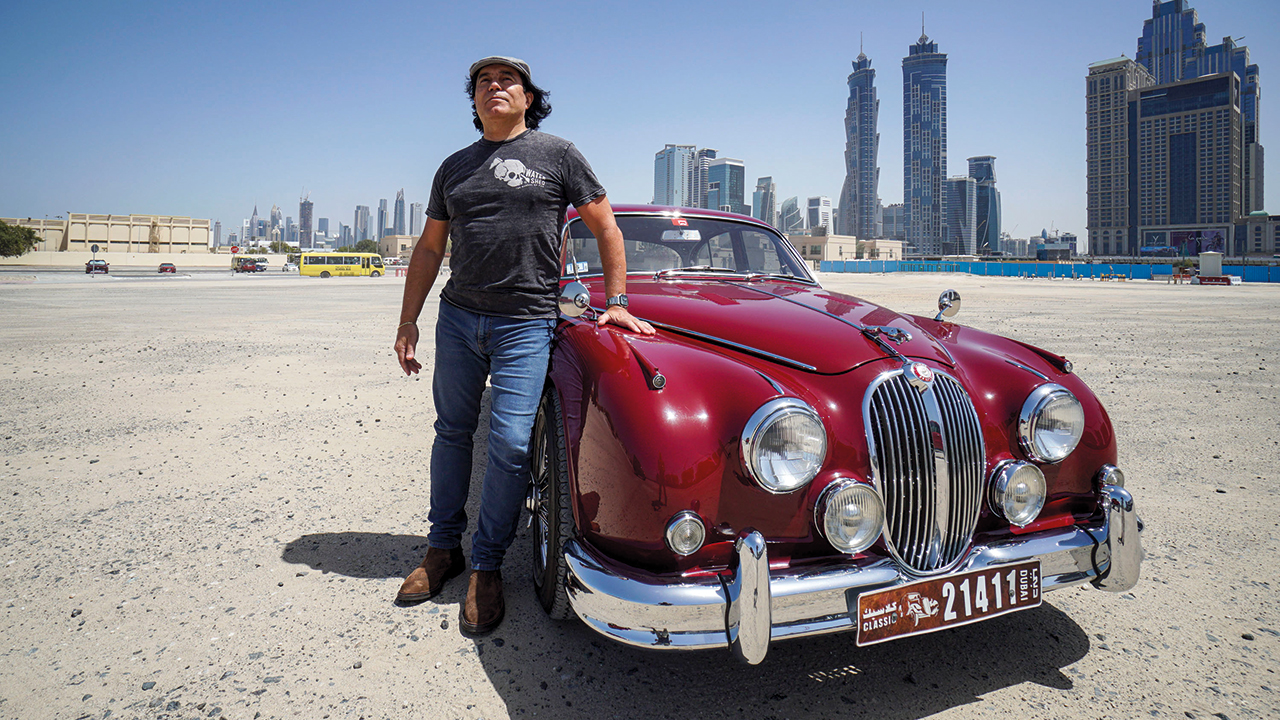 A strange coincidence led the British businessman, who lives in Dubai, Federic Bendley, to the car he dreamed of owning as a small child in the United Kingdom.

The 1963 Jaguar (S) model, which appeared in Britain, is an icon of sports cars that combine an attractive body with an all-new engine with a capacity of 3.8 liters.

This car was the dream of young people between 1963 and 1968, while it captured the attention of Federic Bendley for many years, and he kept looking for one of it until he found it in the United States in 2017 and brought it to Dubai, to enter the stage of returning to its origins in the body, color, interior design and engine.

Federic drove his 1963 Jaguar from the port to a workshop in Al Quoz on a hot and humid day in July 2017. Federic told «Emirates Today» that «the car was in a condition completely far from the original, and looks old in its black (dull) color, which is a non-original color. According to the base number, she was suffering from neglect from the inside, and in the engine. ”

The new owner, using the expertise of a classic car workshop in Dubai, was able to restore the car to the original, and it became its original red color “Regal Red”.

Federic added: “The car has an air conditioner that is compatible with the nature of the weather in the country, and a modified electric generator for this purpose, while converting the car into an energy-saving thanks to modern technologies that were not present when it was manufactured.”

Federic believes that the advantage of his 1963 Jaguar is not only in the 6-cylinder engine, which generates 180 horsepower, but it comes from the strong insulation of the doors and windows, so that this car keeps cool in the summer, which is what the British manufacturer excelled in in the sixties, when he paid attention to insulation To keep the cabin warm in cold climates in Europe.

Jaguar (S) 1963, while walking on Sheikh Zayed Road in Dubai, today, tells a story full of supremacy and tradition, which started from “Coventry” in England and traveled the world to the Emirates that embraced it and brought it back to its origin an icon of classic British luxury cars.