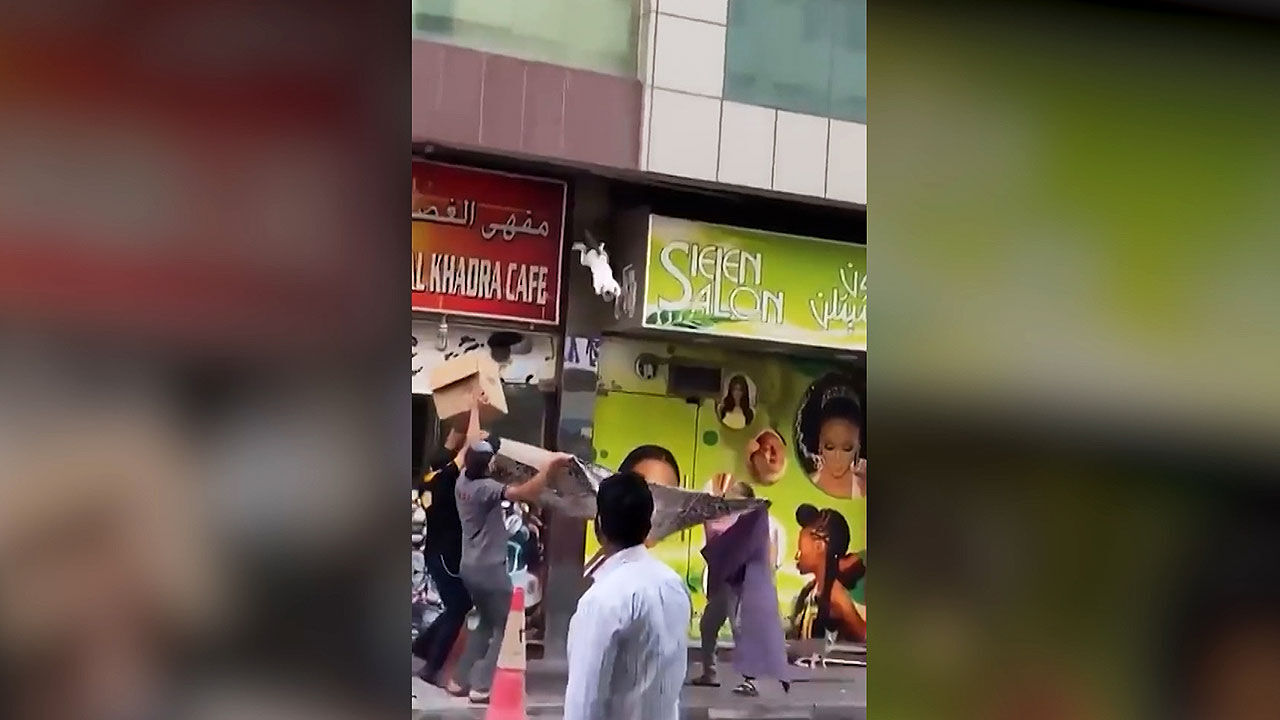 Dubai citizens for saving a cat’s life on the street have received an unexpected reward from the royal family.

A street in Deira, Dubai.

A cat is hanging precariously from the railing of a building, and after not being able to hold on for a while, it climbs down the wall and falls.

Fortunately, however, four men were waiting under the blanket, spread out, and the cat landed safely inside the blanket.

The four men who saved the cat did not know each other, but it is known that they worked together to save the cat in danger.

When it became known that the cat was carrying a kitten, it was praised for ‘saving the life of the embryo’.

Sheikh Mohammed bin Rashid Al Maktoum, Vice President of the United Arab Emirates and King of Dubai, even paid a special reward, saying that he was deeply moved by the video.

They gave each of the four men $13,700 each, and about 16 million won in our money, and praised the act of saving a small life.

Netizens responded by saying, ‘It has shown that good deeds bring good fortune’ and ‘It can only happen in Dubai, the rich city’.