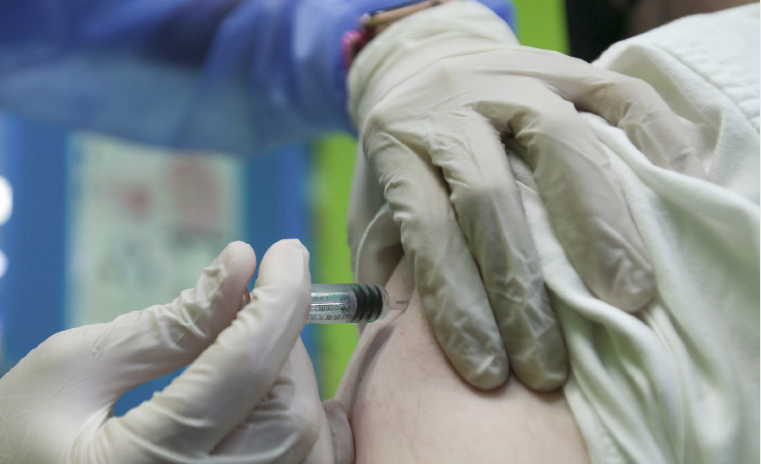 The United Arab Emirates took a new vaccination milestone on Saturday: the distribution rate is now 200.67 doses per 100 people. This means that the number of Covid vaccines administered in the country has reached double its population.

So far, more than 19.8 million doses have already been administered across the Emirates, with 71,886 injections recorded in the past 24 hours, according to the Ministry of Health and Prevention (Mohap).

Immunization rate in the United Arab Emirates is approaching 100%

“This is in line with the ministry’s plan to provide Covid-19 vaccines to all members of society and is part of efforts to achieve acquired immunity … which will help reduce the number of cases and control the Covid virus- 19 “, added the ministry.

For doctors nationwide, the mass vaccination campaign has proven to be effective, with cases drastically declining by more than 60% last month.

Dr Abdul Aneez, Medical Director of Medeor Hospital in Dubai, said: “It is encouraging to hear that the UAE is rapidly vaccinating its population against Covid-19. Today (Saturday) the nation took another important step. This is a commendable record in the vaccination effort among the nations of the world. “

The UAE has even gone the extra mile, he said, with people now receiving their booster shots.

“It was this step that boosted immunity and significantly contributed to the development of herd immunity,” added Dr Aneez.

Sustained vaccination efforts ensure that the population develops immunity to fight the disease. “In addition, we also have evidence from studies that immunity has a waning effect over the months. This is when the booster dose kicks in, to continue to maintain the level of immunity of the population, “said the doctor.

He congratulated the leaders of the UAE, the government, Mohap and all the health workers for this great achievement. “It is no less of a feat when we fight an invisible enemy who has crippled the world,” he added.

Originally from India, Dhanusha Gokulan has worked as a journalist for over ten years. For Khaleej Times, she covers NRI affairs, civil aviation and immigration matters, among other things. She received her BA in Journalism, Economics and English Literature from the University of Mangalore in 2008 and is currently pursuing her Masters in Leadership and Innovation in Contemporary Media at the American University of Dubai. In her spare time, she enjoys singing and songwriting, enjoys food, and is the mother of an over-enthusiastic Labrador Retriever. Tweet him @shootsprintrite.