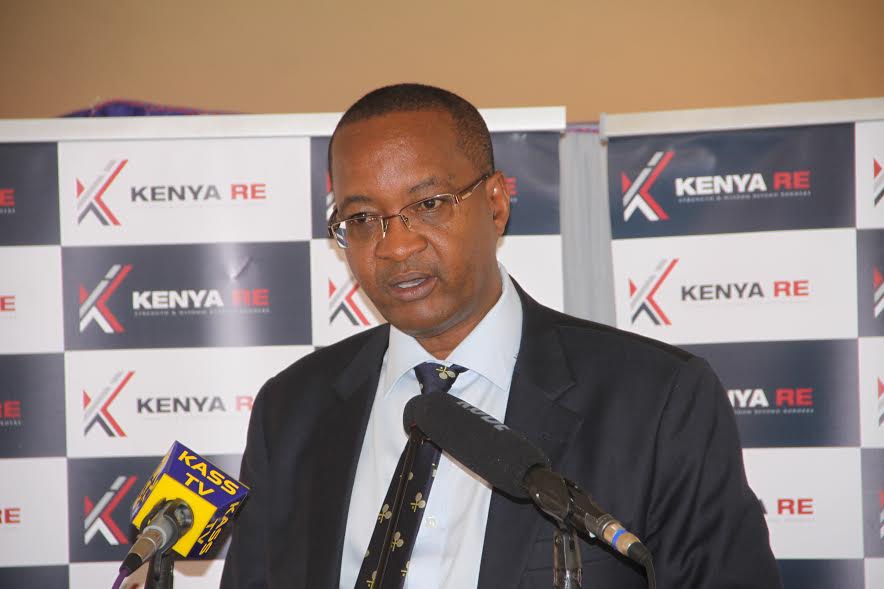 Analysts from Standard Investment Bank noted that while revenue and investment income remained mostly stable, higher claims during the period accounted for the drop in profitability.

The stable performance was probably due to the heavy weighting on government securities, property, and cash.

Cedant acquisition costs increased by 3 percent to Sh2.215 billion while operating expenses increased 11 percent to Sh1.060 billion – with the loss ratio and higher expense ratio driving the reinsurer into an underwriting loss.

Kenya Re is diversified and retains robust capital position and has business solutions to clients in over 83 countries and in over 480 companies in Africa, Middle East and Asia. It has regional offices in Ivory Coast, Zambia and more recently in Uganda.

Loss ratio climbed from 59.5 percent to 72.3 percent driven by higher claims during the period – claims climbed 22 percent to Sh6.283 billion, up from Sh5.148 billion.

Underwriting expense ratio rose from 11 percent to 12.2 percent over the period while acquisition ratio also rose by a smaller margin from 24.8 percent to 25.5 percent.

“While we are less concerned about the moderate increase in underwriting expense ratio and acquisition ratio, the claims jump is an overall concern over the quality of the business and overall sustainability,” the company said.

“An important driver to the profitability for the 2021 year appears likely to be driven by investment income, with a higher share of income from its associate, Zep Re likely to be important.”

The analysts concluded by noted that while performance is nonchalant, the valuation of the stock remains modest, trading at less than a quarter of its book value and less than four times trailing earnings.