Under the patronage of the UAE Ministry of Energy & Infrastructure, and supported by the League of Arab States (LAS),… 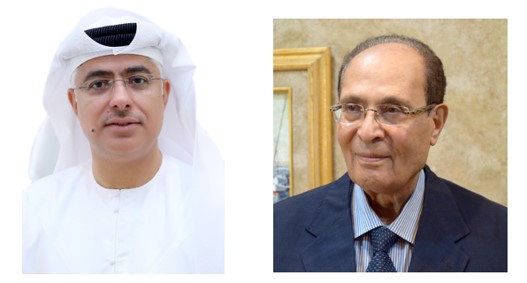 The Arab Water Council is getting
ready for the 5th edition of AWF scheduled to be convened in Grand
Hyatt Hotel, Dubai, UAE, under the patronage of the United Arab Emirates’
Ministry of Energy & Infrastructure, and
supported by the League of Arab States (LAS) and the Ministry of Water
Resources and Irrigation of Egypt (MWRI), in
cooperation with national, regional and international partners. The Forum will
kick-off, in both hybrid and physical form, under the main theme “Arab Water
Security for Peace and Sustainable Development” during the period 21 – 23 September 2021.

The Forum, that will
be attended by high-level participants from 22 Arab Countries such as:
governmental delegations and public and private sector representatives, will shed the light on some of the key topics such as:
Water, Energy and Food Security Nexus, Climate Change Impact on Arab Water
Security, Water Desalination as a Strategic Option for Sustainable Arab Water
Security, Sharing Water and Benefits for Peace and Development, Effective Water
Governance towards Achieving Peace and Stability, Hydro-diplomacy and Water
Politics in Transboundary Water Management, Riparian Partnerships in Developing
and Managing shared Water Resources and Governing Laws, among others.

More
than 800 high-level participants including government ministers and
undersecretaries, high government officials, public and private sector
organizations from 22 countries, are expected to attend the three-day Forum that will witness more
than 50 experts discussing water scarcity and sustainable development across
the region.

During the event, the
winners of the 2021 Arab Water Prize for “Creativity and Innovation in the
field of Water Science,” awarded to institutions, scientists and other
distinguished contributors in research and development in the field of Non-Conventional
Water Resources, will be announced.

During the preparatory meeting, which was
attended by more than 80 participants, Prof. Mahmoud Abu-Zeid, AWC President,
said: “The aim of this meeting is to discuss the main agenda of the
5th Arab Water Forum. The 2021 edition of the Arab Water Forum will
feature three days of panel sessions and scientific sessions, along with the
Arab Water Expo.  This year, the Forum
will focus on three main priorities: Arab Water Security, Cooperation across
Borders, and Water for Sustainable Development. We are waiting for your
participation and experiences.”

He added:
“The Forum is held at a time when water scarcity is at a critical level as
the demand for clean water increases due to population growth. The World Bank
reports show that the Middle East and North Africa are home to 6% of the
world’s population, with less than 2% of the world’s renewable water
supply.”

Dr. Mohamed Al-Mulla, Director of the Water
Resources Department at the UAE Ministry of Energy & Infrastructure, said: “On
behalf of the Ministry, I would like to express our great contentment to host
this Forum, which includes high-level participants of water experts, government
officials and other stakeholders, all uniting to make this vital event a
success.”  He added: “Our primary goal,
as the Ministry of Energy & Infrastructure, is to achieve sustainability in
a number of fields such as: energy, water, mining and industry, which are all
linked to each other, in order to achieve the well-being and prosperity of our
society. The 5th edition of the Arab Water Forum will give us the opportunity
to discuss many of the important issues and to exchange visions and experiences
of the attendees.”

Prof.
Khaled Abu-Zeid, AWC Program Technical Director, said: “The Forum is going to
witness a number of comprehensive meetings about Climate Change and its Impact
on Water Resources, Water Desalination as a Strategic Option for Sustainable
Development, and How to Provide Innovative and Non-Conventional Sources that
lead to Water Security, along with achieving Water, Energy and Food Security
Nexus.

The report added that if all the water and sewage
pipeline projects are implemented as planned, the value of investments this
year will reach $30.8 billion before declining to $7.3 billion in 2023. The
value of the terminated projects in 2021 will reach $28.7 billion, which is the
highest value ever; the large proportion of these investments goes to the water
desalination projects with the value of $52.7 billion. The Middle East and
North Africa region currently holds 47 percent of the global portfolio of water
desalination projects.

“GM Events,” one of the leading
turnkey event management companies, will organize the 5th edition of
AWF 2021. The Company, located in Dubai, has organized numerous successful
forums and exhibitions that tackle many economic issues and challenges worldwide.