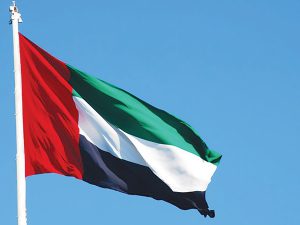 The UAE is again launching widespread charity initiatives during the holy month of Ramadan, embodying the culture of giving, enshrined across all national sectors.
Emirati initiatives have helped ensure food security for vulnerable people around the world and provided for their needs, including clothing, medicines and other means of support.
This year, the 1 Billion Meals Initiative, launched by His Highness Sheikh Mohammed bin Rashid Al Maktoum, Vice President, Prime Minister and Ruler of Dubai, is the leading humanitarian event, providing one billion meals to the poor people in 50 countries.
The initiative is open to donations from the public, and has witnessed, since its launch, widespread participation by
individuals and institutions.
This year, the Emirates Red Crescent (ERC) has reinforced its Ramadan programmes to improve humanitarian conditions in many countries, benefitting some 2,113,330 people in the UAE and 64 other countries throughout the world.
The ERC also launched a seasonal Ramadan campaign, under the theme, “Ramadan: Continued Giving,” which includes Ramadan Iftar, Zakat Al Fitr, Eid clothing, Ramadan Mir and breaking fast programmes, costing some AED36,803,000.
The ERC has allocated some 250 locations around the country to collect donations, most notably in shopping centres, markets and highly populated areas, as well as through e-donations.
Sharjah Charity International (SCI) launched its Ramadan campaign this year under the title, “Joud,” aimed at carrying out projects worth AED27.8 million.
The campaign will distribute Zakat worth AED6 million to 20,000 beneficiaries, and seeks to distribute 130,000 Zakat Al Fitr to 13,000 families, costing AED2.6 million, and Eid clothes to 8,000 beneficiaries worth AED1.2million.
The International Charity Organisation began its 2022 Ramadan campaign by launching charity and humanitarian projects, both inside and outside the UAE, worth AED127 million.
The Dubai Charity Association announced its Ramadan campaign on 10th March, collecting donations and Zakat revenue amounting to nearly AED160 million, including AED80 million allocated to building mosques, AED20 million to constructing wells and AED35 million for Zakat, as well as funds for other development projects worldwide.