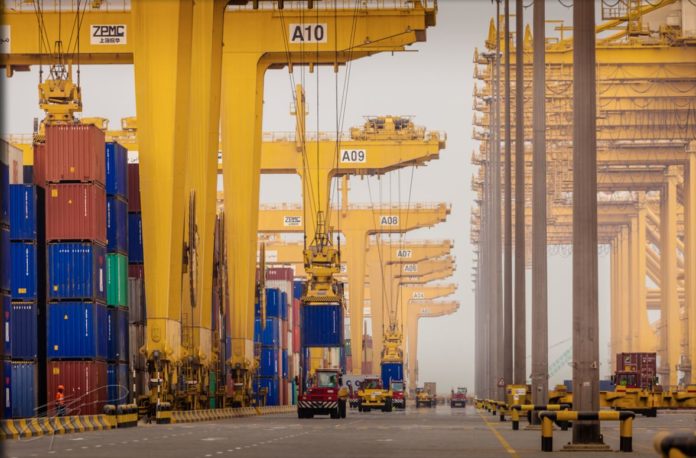 The UAE News report: The value of the UAE’s non-oil foreign trade reached Dh1.033 trillion during the first nine months of 2020, reflecting the sustained momentum of the country’s trade activity despite the worldwide economic turbulence caused by the pandemic.

The nine-month trade value accounted for almost 64.44 per cent of the trade value for the whole of 2019, underscoring the resilience of the trade sector amid the crippling global slowdown and lockouts.

The value of trade in the first half of 2020, when the adverse impact of the pandemic was at its peak was Dh658.3 billion, a decline of 16.24 per cent compared to Dh786 billion recorded in the same 2019 period. In 2019, non-oil foreign trade accounted for a large percentage to the UAE’s non-oil GDP, and achieved 5.0 per cent growth.

According to the data released by the Federal Center for Competitiveness and Statistics (FCSA), the UAE commands a leading position globally and regionally in merchandise trade, ranking third in re-exports globally and first in the Arab world.

In September 2020, the export and re-export activities of the UAE outpaced the import sector with their value reaching Dh76.35 billion, reinforcing the nation’s pre-eminent position as a strategic trade gateway and regional re-export hub.

China retained its top rank as the main trading partner of the UAE with the bilateral trade value reaching Dh124.45 billion, followed by Saudi Arabia at Dh90.8 billion, relegating India to the third place at Dh70 billion. The US was the fourth largest trade partner at Dh60 billion and Switzerland at Dh41 billion.