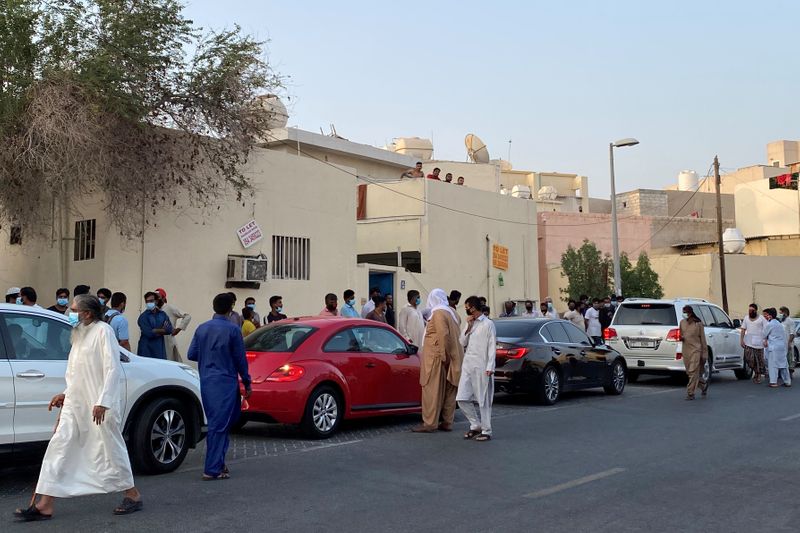 © Reuters. FILE PHOTO: Unemployed men gather as they hope to receive food handouts from local residents concerned for them after they lost their incomes during the coronavirus disease (COVID-19) pandemic in Dubai, United Arab Emirates July 4, 2020. Picture taken Jul

DUBAI (Reuters) – The United Arab Emirates will give favourable treatment to a locally-owned conglomerate after it pledged on Saturday to hire thousands of citizens, days after the government unveiled a $6.5 billion plan to get more Emiratis in private sector jobs.

Majid Al Futtaim, which generated 15.6 billion dirham ($4.25 billion) in revenue in the first half of the year, earlier said it would hire 3,000 Emiratis over the next five years.

“We have a collective sense of responsibility to support and upskill the talented and ambitious national workforce that exists in the UAE,” Chief Executive Alain Bejjani said.

Around 411 of the 13,700 it currently employs in the UAE were Emirati, said the company, which is one of the largest shopping centre operators in the Middle East.

The government on Sunday announced it would spend 24 billion dirham ($6.5 billion) on benefits and subsidies to get 75,000 Emiratis into the private sector over the next five years.

Most Emiratis currently work in government roles where the pay, benefits and working hours are often better than the private sector where most positions are filled by foreigners.

Qatar Airways is planning to launch a new flight service to Odesa in Ukraine, its second destination in the European nation, media reports said....
Read more