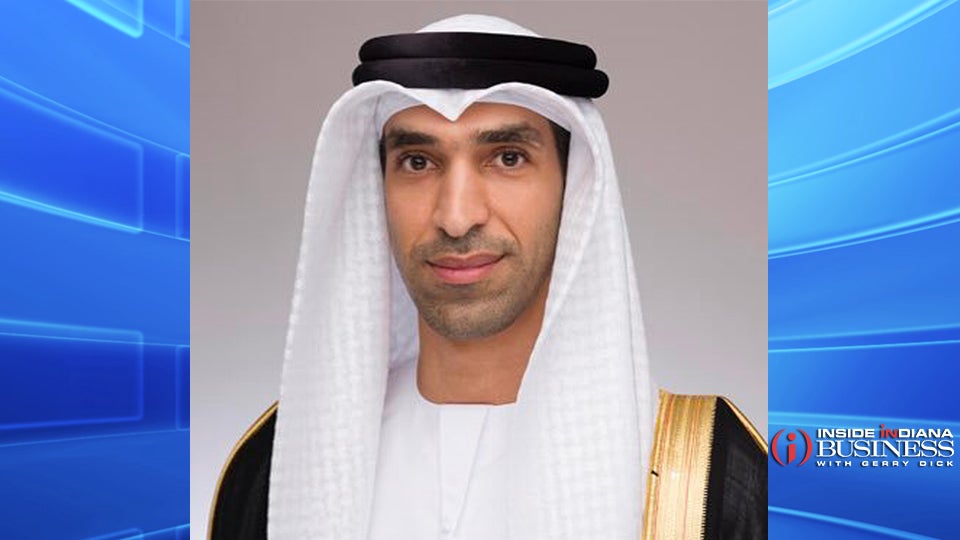 INDIANAPOLIS (Inside INdiana Business) — A delegation from the United Arab Emirates will this week visit the United States and one top official will make a stop in Indiana. UAE Minister of State for Foreign Trade Dr. Thani bin Ahmed Al Zeyoudi is set to meet with representatives from the Indiana Economic Development Corp. on Thursday.

The Embassy of the United Arab Emirates says the delegation will arrive in Washington D.C. and take part in a series of meetings with senior U.S. government officials and business sector representatives from several states. The meetings will be focused on “further developing bilateral relations and strengthening the strong economic partnership between the UAE and USA.”

During his visit to Indiana, the embassy says Dr. Thani Al Zeyoudi will also meet with private sector institutions and companies specializing in the technology, artificial intelligence and agribusiness sectors. He is making a similar trip to Arizona as well.