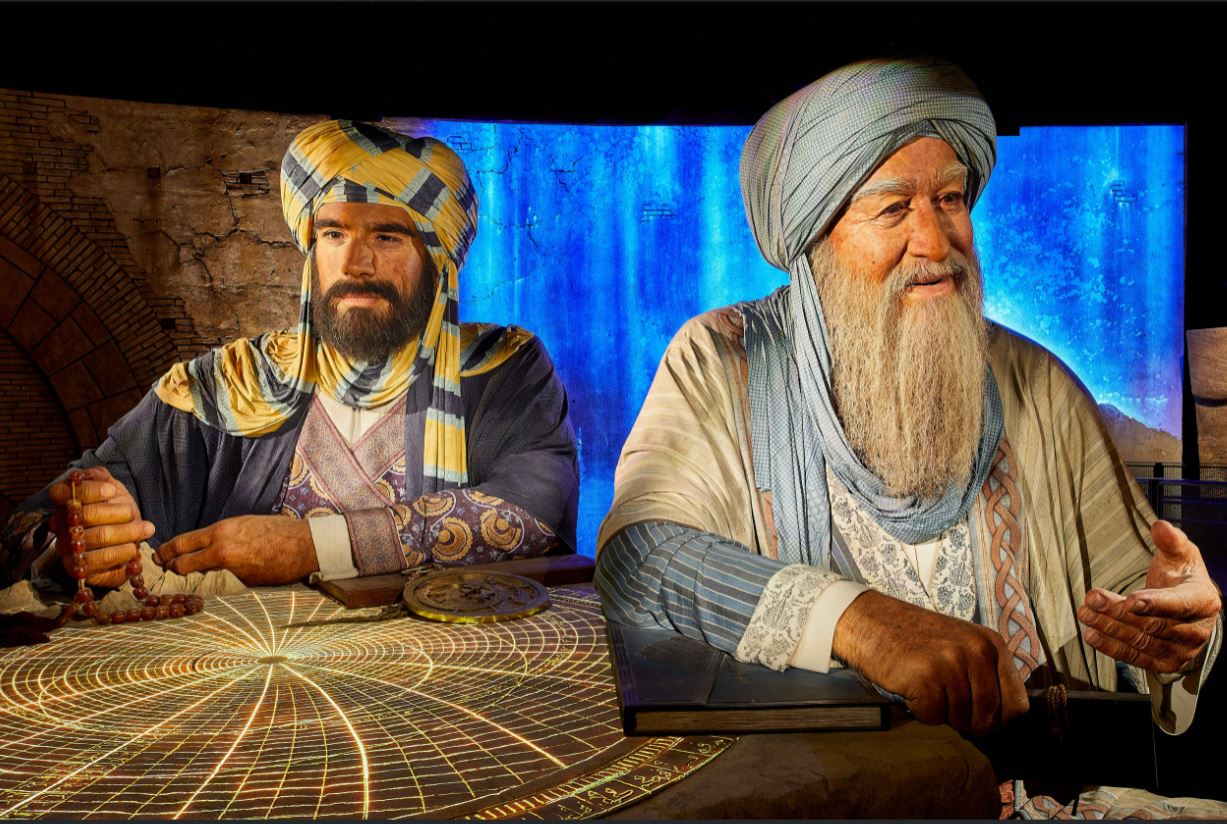 Figures from the golden age of Arab civilization look at the visitor upon arrival at the Mobility Pavilion at Expo 2020 Dubai.

Nine meters high, the giant monuments were meticulously designed to make them appear real in all their features and details to honor personalities who contributed to advancing global mobility over centuries, including the navigator Ibn Majid and the famous traveler Ibn Battuta.

Ahmed bin Majid is considered one of the most prominent pioneers in the science of navigation, and he excelled in the field of astronomy and geography as well, and was called the “Prince of the Sea” and “The Teacher of the India Sea.”

He wrote many references and laid the navigation rules for the world. He also excelled in his field in the Red Sea, the Arabian Gulf, the China Sea and the Indian Ocean.

As for Ibn Battuta, he is considered one of the most famous Arab travelers and historians. He made many notes about the countries and places he visited, and his travels, which he put in the book “The Masterpiece of Priests in the Oddities of the Lands and the Wonders of Travel,” were translated into about 50 languages.

The monumental monument is one of the attractions of the Alef – Mobility Pavilion where visitors can explore the concept of mobility, its power and its far-reaching impact, as well as highlighting the innovations that have paved the way for technologies in use today, from exploring uncharted territories to reaching space.

The largest elevator in the world will also transport visitors to the pavilion to the House of Wisdom in Baghdad in the ninth century AD.

This experience takes visitors on a journey through time and space, starting thousands of years ago in the archaeological area of ​​Saruq Al-Hadid, where the ancient ring that inspired the Expo 2020 logo was found. It is the first interplanetary exploration mission of the United Arab Emirates.