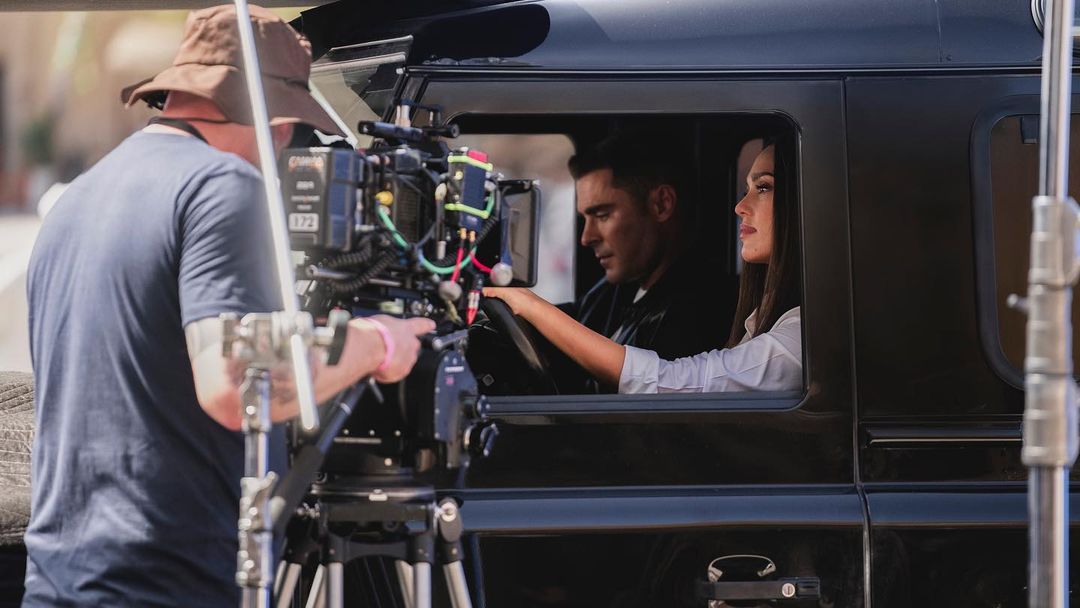 Hollywood stars Zac Efron and Jessica Alba were shooting for some time and the sneak peek of their latest film project which was shot in Dubai has been out.

Initially, Zac Efron was first rumoured to be working on a project with the Honey actress in January, however, he was spotted in the emirate.

As soon as the actor posted the picture, fans were quick to understand his presence in Dubai. Images circulated on social media showed the actor all suited-up surrounded by film crews on the beach in Jumeirah, close to the Burj Al Arab.

During the shoot Zac did not confirm his visit to Dubai, however, now he has taken to his Instagram account to share the look at what he was working on, posting behind-the-scenes still. The image shows Efron and Alba driving together in a black 4×4, while a cameraman captures footage.

“She drives, I pick the playlist #comingsoon,” he writes.

While there has been no information on the project he has been working on, but he did confirm that it was under the direction of Craig Gillespie. The Australian director has worked on films including I, Tonya, and, most recently, Cruella.

Meanwhile even Jessica Alba shared the same image on her account and captioned it, “I drive him around, he drives me crazy…”

While this is not the only film in which the UAE will be shown, films like Mission: Impossible 7 will be released in May 2022, also has scenes shot in Abu Dhabi. Some of the scenes from the film starring Tom Cruise were filmed in the Abu Dhabi desert, at Louvre Abu Dhabi, and in helicopters flying above the capital.

By a press release (23/09/2021) A commitment has been made for a joint team of faculty and students from Harvard and MIT to visit Sierra...
Read more
News

Restaurants Jumeirah Group has revealed that it will significantly expand its culinary offering with 13 new and re-imagined...
Read more
News