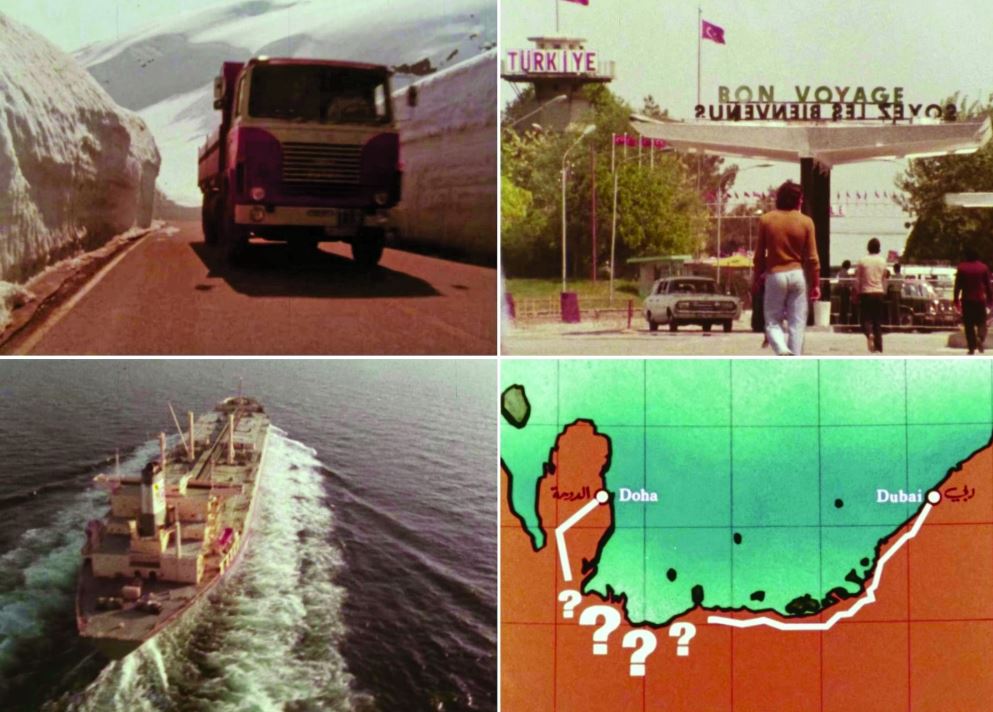 In the scenes of the documentary “Dubai Expressway” produced in 1976, suggesting the important role that Dubai and its natural harbor will play in the global navigation that we are witnessing today. The 45-minute film follows the route of the first truck journey from Norway to Dubai on a road called the Dubai Highway. And the arduous and dangerous journey that the film tells us was triggered by a mechanical failure on an oil tanker in the Atlantic, so spare parts were made for it in Norway, and a skilled driver was asked to transport these parts by truck to Dubai for to meet the ship that sailed from the Atlantic to a port city in the Persian Gulf to receive it.

The website “Cylodrome”, which specializes in vehicle culture, reports that the trip “Dubai Expressway” was stopped after that trip by the transport company “Johan Evensen and Soner”, as it was considered very dangerous and difficult, especially the desert sand section between Doha and Dubai at the time, which was not paved at the time.

The film was filmed in 1976, years before civilian use of GPS was allowed, and provides a unique look at the time when crossing the desert was a true adventure and where all navigation had to take place in the traditional way. Using maps, a compass, and stopping by the road to ask the locals for directions.

The trucking company Scania was behind the film and at the time believed that the Dubai Expressway could become the new normal route for trucks.

In the film, we get to know the driver behind the wheel, Jan Dabrowski, who tells us that he used to work as a sailor before switching to long-distance truck driving, and notices that he feels routine and sometimes monotonous on the road, but loves to see the world, travel from Denmark’s snow to the deserts of the Middle East.

In the film, Yan describes his journey as the first trip to the “Dubai Expressway”, which is otherwise the longest truck crossing in the world, stretching over 6,000 miles (9656 kilometers) in both directions.

The film takes us from the European continent to the Asian continent via Turkey, where we witness the landmarks and landscapes of a number of countries. After the truck crosses the bridge that separates the two continents, we reach the Arab countries. We listen to Umm Kulthum’s voice resounding in restaurants and seeing minarets and border signs, all the way to Doha, where the driver struggles to cross the desert to Dubai.

Jan Dabrowski says he has made trips to the Gulf before, but he did not cross the desert far to Dubai, and what makes his trip different this time is the lack of a road between Doha and Dubai.