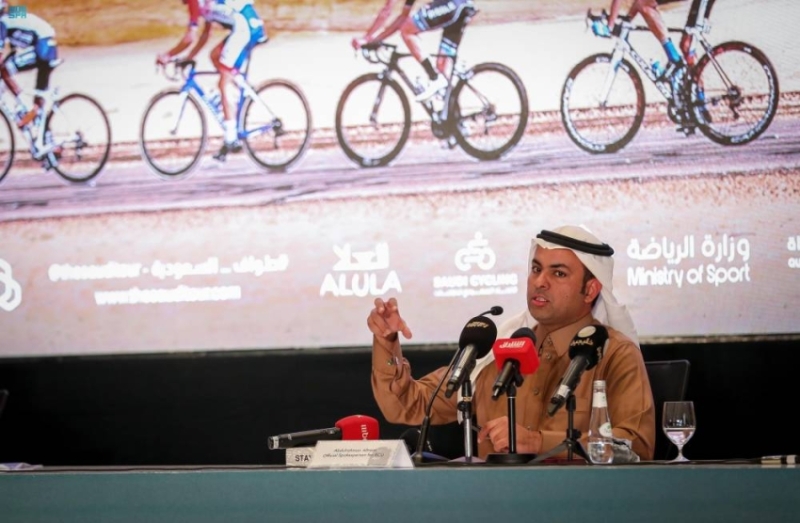 The Ministry of Sports and the Saudi Cycling Federation revealed in a press conference held today in the “Maraya” hall in Al-Ula governorate, the participation of 16 international teams in the second edition of the “Saudi Tour 2022”, which will be held during the period from 1 to 5 next February, with a total distance of 831.3 Call in five stages, which is one of the activities under the “Quality of Life” program.

The conference, which was attended by a member of the Board of Directors of the Saudi Cycling Federation, Engineer Sami Al-Owaidi, the official spokesman for the Royal Commission for Al-Ula Governorate, Mr. Abdul Rahman Al-Tariri, and the Deputy Director of Cycling at ASO Peraya Tholt, witnessed a presentation of the details of the tracks and the start and end centers for each of the five stages, where the first stage of the park will start. Winter Park, while the second stage will start from Taibah University for Girls, the third stage will start from Taymaa Hadaj well, the fourth stage will start from the Winter Park, while the race will conclude in the fifth stage in the old town of Al-Ula.

It is noteworthy that the race will be accompanied by a number of sports events and races, foremost of which are the public race, the women’s race, and the junior race organized by the Saudi Bicycle Federation, in addition to a race for children.