Shoprite bags $8.85m from the sale of its assets in Uganda & Madagascar 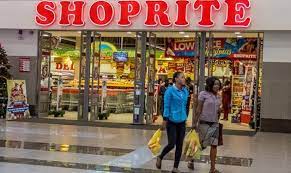 
South African retail giant Shoprite Holdings Ltd posted a capital gain of $10 million from the sale of its assets in Uganda, Madagascar and Nigeria following its decision to discontinue operations in these markets over poor sales performance.
With more than 2,800 stores in 13 African countries, Shoprite revealed through its financial statements for the 53 weeks ended July that its operations in Uganda and Madagascar yielded a combined net gain of $8.85 million.
At the same time, the sale of the Nigerian subsidiary in May, realised a net gain of $1.41 million after the business was sold at $35.89 million. The group, however, did not disclose the profit gained from the sale of assets in each country.

The retreat from these markets is hardly a surprise, as the retailer noted that its operations in other African countries only contributes 20 per cent of the firm’s profitability. In comparison, a massive 80 per cent of the earnings come from sales in its South Africa business under the Shoprite, budget Usave and upmarket Checkers chains.
According to the company’s Chief Financial Officer, a combination of inflation, currency fluctuations, and socioeconomic conditions worsened by Covid-19 have made trading a nightmare for the low-cost food seller.


Data extracted from the company’s financial statement showed that Uganda and Madagascar operations made net losses of $1.41 million and $540,865 respectively during the financial year ended July 4. Its Kenyan subsidiary, whose last store was closed in January, made a net profit of $676,081 during the period under review.
Under the lease transfer agreement, Shoprite Checkers Uganda Limited’s stores and moveable assets will be taken over by Carrefour, making it by far the largest retailer in the country. The transaction will also expand the regional presence of Carrefour, whose franchise currently operates 16 hypermarkets in Kenya, and two stores in the Oasis and Metroplex malls in Kampala, Uganda.

Founded in 1992, the Carrefour franchise in Uganda is operated by the United Arab Emirates-based Majid Al Futtaim Group, which describes itself as one of the leading retailers across the Middle East, Africa and Asia. It operates 53 Carrefour stores in Egypt and over 300 stores in at least 15 other countries.