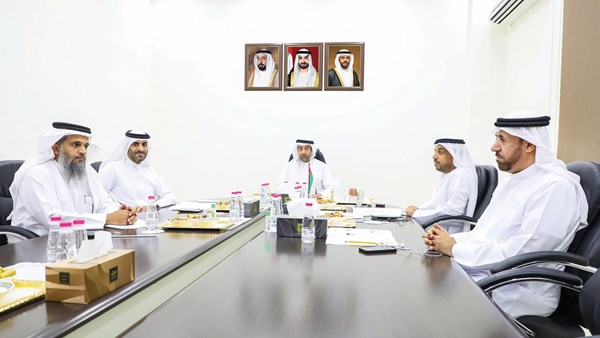 The Board of the Sharjah Charitable Society, chaired by Sheikh Saqr bin Muhammad Al Qasimi, Chairman of the Board, held its periodic meeting at the Company’s headquarters in Samnan, which discussed a number of files on the discussion table in connection with the Company’s general work internally and externally.
Those present discussed a number of proposals regarding initiatives related to the projects in the Eid Al-Adha campaign, while the President-in-Office of the Council pointed out the importance of addressing the negative things that were monitored during the Al-Adha campaign in the past. years so as not to repeat them.
Attendees stressed that the initiatives to be taken during the 10th Dhul-Hijjah will address the key needs of the deserved lives, in support of the association’s goals, which aim to enable the needy to be self-reliant, while the meeting also discussed the external role of the association, through which it is present in more than 110 countries worldwide.