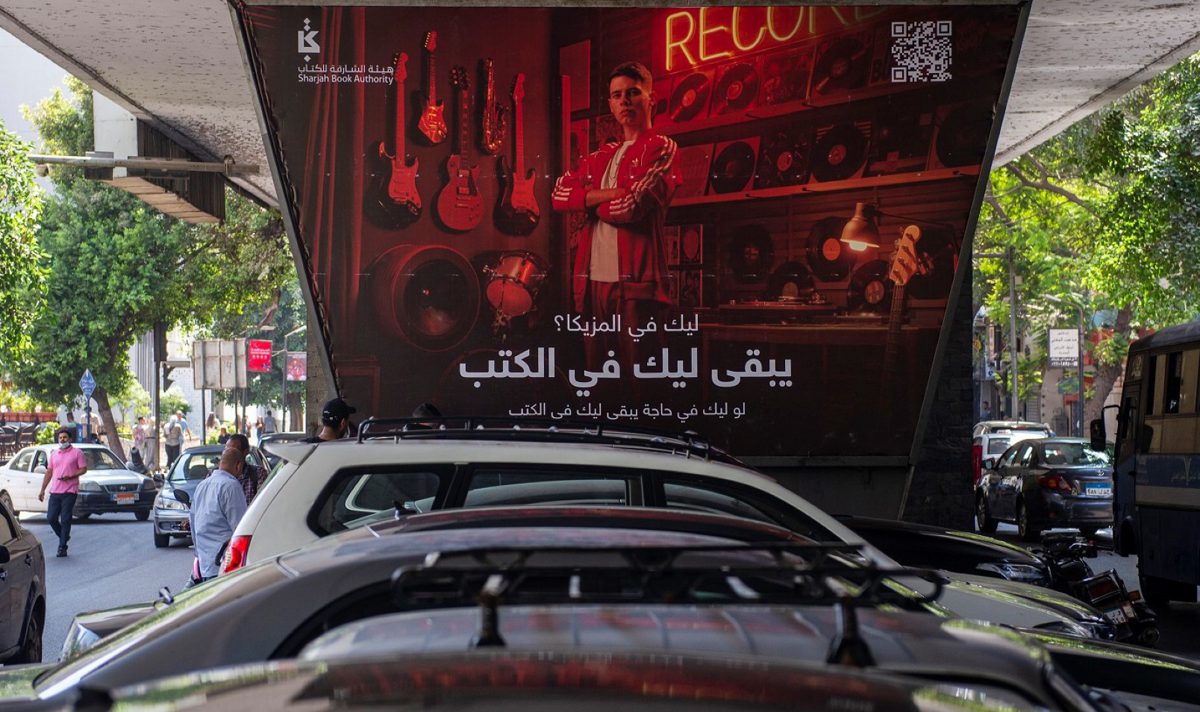 Sharjah has been emphasising on the importance of reading books and making sure it reaches the audience in the quirkiest manner. Their recent campaign, ‘If you’re into something, you’re into books’ has been reaching corners of the world and now it has reached Egypt.

Sharjah Book Authority (SBA)’s global cultural campaign has now made its debut in Egypt, sending a powerful message in the local dialect on Cairo’s streets.

Spread across various hoarding in the city, the boards largely send across the message of there is a book for you no matter who you are, where you are from, or what your interests are.

In just a few days since its debut in Egypt, the creative campaign has drawn the interest of the public across Egypt and gained a significant following.

The Egyptian public figures like artists, authors, and influencers have praised the cultural role of Sharjah led by H.H. Dr. Sheikh Sultan bin Muhammad Al Qasimi, Supreme Council Member and Ruler of Sharjah, to promote books and knowledge production on both regional and global levels.

Talking about the campaign’s debut in Egypt, Rakkad Al Ameri, Chairman of SBA, said, “The launch in Egypt reinforces Cairo’s and Sharjah’s shared vision to invest in societies through the power of books. The amazing reception our cultural campaign has received in Egypt is not surprising, given the country’s enduring love for books, literature, and the arts, and its invaluable contribution to advancing knowledge throughout history.”

The campaign was launched by Sharjah Book Authority a few weeks ago and focuses on bringing people to reading and aims to bring people from all walks of life closer to books, on a regional and international level.