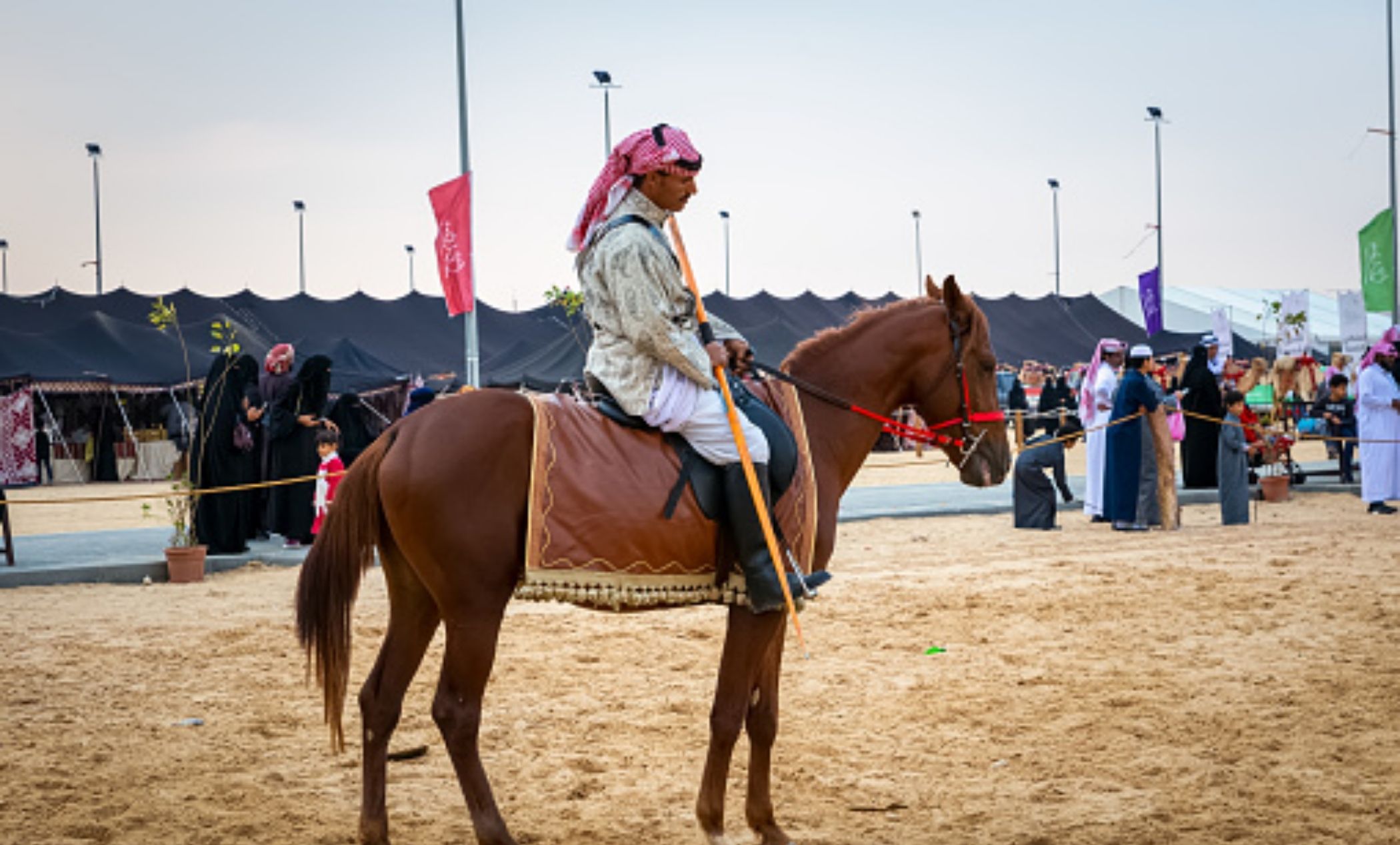 As part of its Eid Al-Fitr celebrations, the Ministry of Human Resources and Social Development’s Northern Borders regional branch organized an Arabian horse parade in the northern city of Saudi Arabia, Arar.

Security patrols and the local branch of the Saudi Red Crescent Authority participated during the event to encourage and support the members on this authentic Arab sport.

As quoted by Arab News, Khaled Al-Rumaikhani, director general of the ministry’s branch in the region, said, “These events help to instill national identity and promote the value of popular heritage among a generation that takes pride in its authentic national traditions.”

Al-Rumaikhani also emphasized that the value and significance of this sport is rooted in Saudi history and it represents an important component of the Kingdom’s identity, culture, and heritage. He further added that it contributes to growth of equestrian sports in the region.

With prayers, charity, hospitality, delicious food, fine dress, decorations, and spending quality time with relatives, each region of the Kingdom celebrated Eid al-Fitr with their own distinctive set of traditions.

People of Saudi were all excited about Eid this year as the Kingdom is witnessing grand celebrations for the first time after two years with lesser restrictions necessitated by the Covid-19 pandemic.

Even though the Eid celebrations end on Wednesday, the activities on Yas Island will continue throughout the week. Maroon 5 will scheduled to perform at Etihad Arena on Friday evening, making their Abu Dhabi debut.

The cities of Saudi Arabia are all decorated and designed to fit the joyous occasion of Eid with colourful flags, banners and light displays on bridges.

It may be mentioned that throughout the festive week in Jeddah, Riyadh, Dammam, and Asir, there will be theatrical plays starring marquee Arab actors, as well as 14 concerts featuring the region’s most notable stars, including Amr Diab, Abadi Al-Johar, Tamer Hosny, and Kathem Al-Saher.