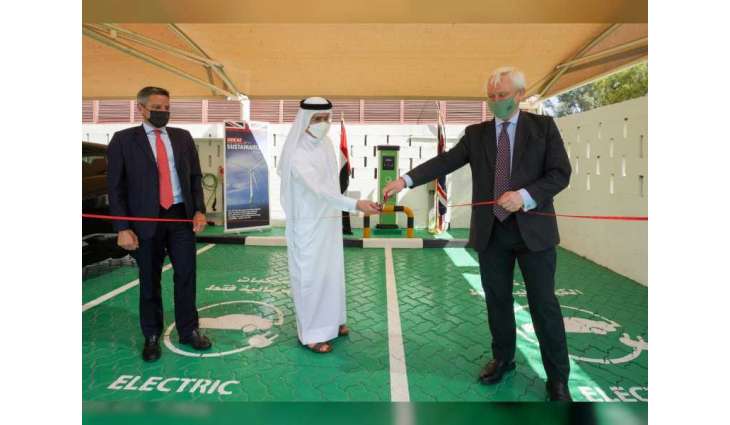 Simon Penney, UK Trade Commissioner for the middle East and Consul General in Dubai and the Northern Emirates, attended the meeting. Both parties discussed bilateral cooperation on energy and water. During the visit, both Graham Stuart and Saeed Al Tayer inaugurated the electric vehicle charging station at the Embassy.

Al Tayer reaffirmed the strong relations between the UK and the UAE. The meeting discussed ways to increase cooperation, and the contribution of British companies to energy and water projects in Dubai and the UAE. It also discussed aspects of strategic cooperation between DEWA and British energy and water public and private organisations and companies, how to develop business relations, and benefit from each other’s experiences.

Al Tayer talked about DEWA’s key projects, initiatives, and programmes. He explained how they help to achieve the vision and directives of the UAE’s wise leadership to anticipate, shape, and build the future, and also support the nation’s strategies, including the UAE Centennial 2071 to make the UAE the world’s leading nation.

Al Tayer said that DEWA supports the Dubai Clean Energy Strategy 2050, to provide 75 percent of Dubai‘s total power capacity from clean energy sources by 2050. To achieve this, DEWA launched several green programmes and initiatives, including the Mohammed bin Rashid Al Maktoum Solar Park, the largest single-site strategic renewable energy project in the world based on the Independent Power Producer (IPP) model, with a planned generation capacity of 5,000MW by 2030.

Al Tayer also talked about the Green Charger initiative launched by DEWA to establish an infrastructure for electric vehicle charging stations across different locations in Dubai. DEWA has installed nearly 300 Green Chargers across Dubai in collaboration with partnering organisations.

Etihad Airways will become the first airline to trial the IATA Travel Pass app, which ratifies the travel health credentials of passengers, on flights...
Read more