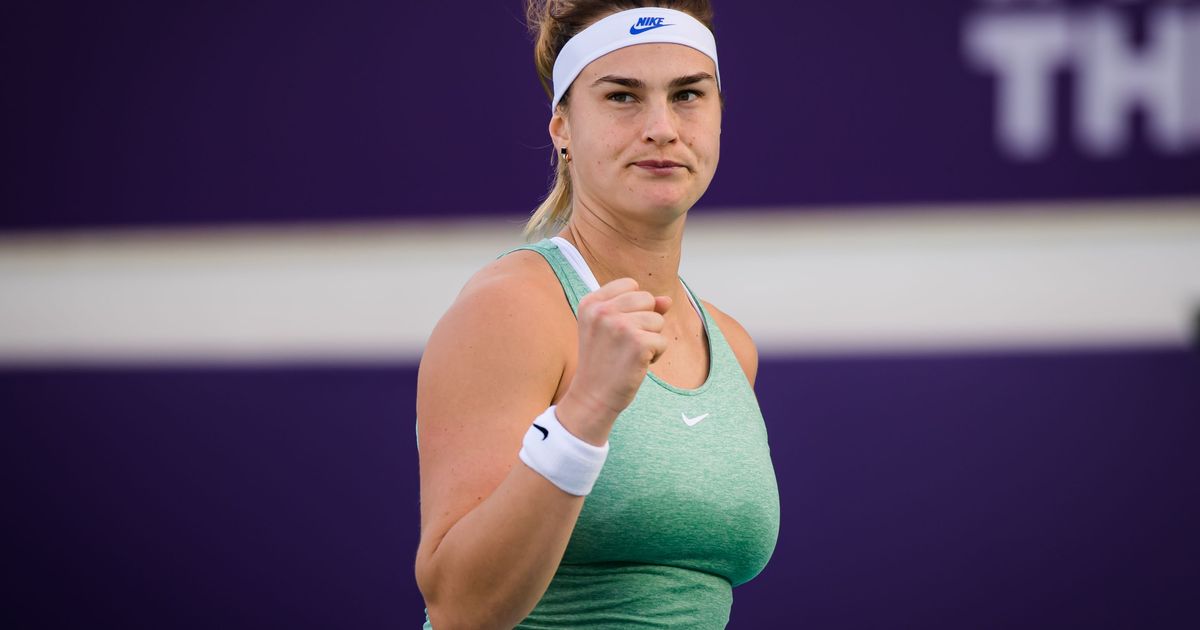 ABU DHABI, U.A.E. — No.10 Aryna Sabalenka extended her winning streak to 12 consecutive matches after defeating Ons Jabeur 6-2, 6-4 to advance to the quarterfinals of the Abu Dhabi WTA Women’s Tennis Open. The Belarusian will face either No.6 seed Elena Rybakina or Daria Kasatkina.

In their second career meeting, Sabalenka was bidding to avenge her loss to Jabeur at Roland Garros last fall, where the Tunisian prevailed 7-6(7), 2-6, 6-3 in the third round.

Sabalenka and Jabeur traded a trio of holds to open the match, and Jabeur looked well on her way to making it a fourth hold, as she had game point to level to 2-2. Jabeur constructed a perfect point to force a desperate defensive slice forehand from Sabalenka. Seeing nothing but open court, the Tunisian went for a flashy, feathered dropshot, which landed in the net.

Having taken Jabeur to deuce, Sabalenka took her chance. She kept the pressure on Jabeur’s serve with big returning and even won a battle of backhand slices, with Jabeur relenting with a slice into the net, giving Sabalenka her first break point of the match. Under pressure, the errors began to mount for Jabeur. She struck a regulation backhand into the net and the early break belonged to the Belarusian.

With the break in hand, Sabalenka dialed in on her service games. She faced no break points in the opening set, winning 83% of her first serve points and 60% of her second serve points. With a chance to break Jabeur for the set at 5-2, Sabalenka closed out the opener in 27 minutes after Jabeur hit her 11th unforced error of the set into the net.

Jabeur rebounded quickly in the second set, breaking in the opening game at love, only to see Sabalenka break back immediately. But Jabeur continued to press, and behind improved returning, broke Sabalenka for a second time to 3-2.

The Tunisian’s level improved in the second set, but when the errors came they came in bunches. The pivotal game came at 4-3. Leading 40-30, Jabeur hit back-to-back double-faults to give Sabalenka a chance to get back on serve. Jabeur did well to find a pair of clutch serves to save two break points, but she could not save a third. Jabeur finally relented with a forehand into the net and the set was level at 4-4.

With the momentum in hand, Sabalenka raced to the finish line. The World No.10 won 8 of the last 10 points of the match to book her spot in the quarterfinals after just 67 minutes.