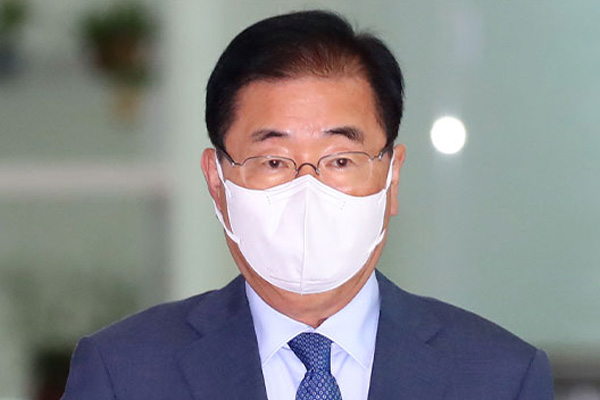 According to the Foreign Ministry on Sunday, Chung made the call on Saturday in his meeting with the UAE’s Minister of State for International Cooperation Reem Ebrahim Al Hashimy in Dubai.

In the meeting, Chung highly praised the UAE’s successful hosting of Expo 2020 despite the COVID-19 pandemic and called for Dubai’s support for South Korea’s bid to host the 2030 Expo.

The UAE minister reportedly expressed appreciation for the Seoul government’s participation in the Dubai Expo and said his country will share its experiences in hosting the event and continue to cooperate with Seoul.

After the meeting, Chung met with officials of South Korean businesses operating in the Middle East country and promised the government’s active support to help resolve their difficulties in the country.