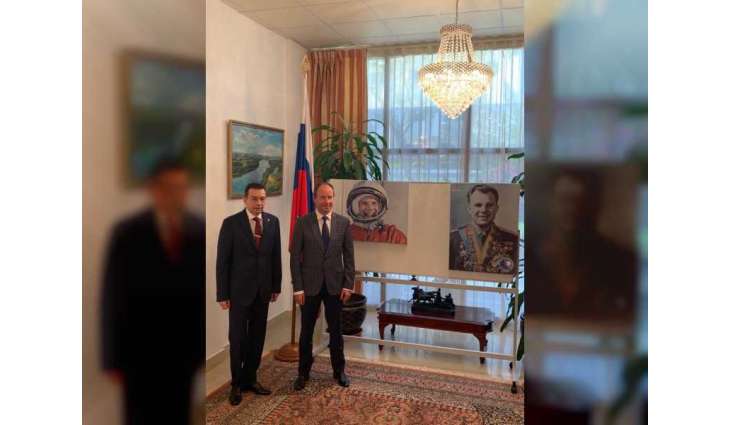 ABU DHABI, (Pakistan Point News – 08th Apr, 2021) As part of the celebration of the 60th anniversary of the first manned flight into outer space, the Russian Embassy in the UAE held a joint press conference today, with the participation of the Charge d’Affaires of Russia in the UAE, Yuri Vidakas, and Representative of the Russian Space Agency “Roscosmos” in the Gulf region, Anatoliy Krasnikov.

The leading Emirati, Arab and English-speaking media were invited for the press briefing.

During the event, Vidakas and Krasnikov told reporters in detail about the historical significance of the flight of Yuri Gagarin into space, which took place on 12th April, 1961, and opened a new era of manned astronautics.

During the press conference, the speakers gave special credit to the fruitful and mutually beneficial Russia-UAE cooperation in the space industry.

Krasnikov noted Russia’s assistance in organising the flight of the first Emirati astronaut Hazza Al Mansouri, who was delivered to the ISS in September 2019 on board a Russian spacecraft.

At the same time, the parties emphasised the importance of further development of the bilateral legal framework in the space sphere including the upcoming signing of the fundamental Russian-Emirati intergovernmental agreement on the peaceful use of outer space.

The parties also stressed the importance of practical implementation of the joint trilateral Russian-Emirati-Kazakh project to modernise the “Gagarin launch site” at the Baikonur cosmodrome, from which the first-ever manned spacecraft was launched in 1961.

Krasnikov noted the desire of the Russian side to interact with partners, both in the training of Emirati astronauts and other specialists in the space industry as well as through the establishment of cooperation in the study of the Moon and other celestial bodies.