Joining on the completion of an engineering and materials science masters from the University of Oxford, Nawas spent two years as a business analyst in McKinsey & Company’s London office before taking up a senior strategy role with investment company Dubai Holding.

From there she joined General Electric, which would ultimately see her serve as senior vice president of GE Capital’s aircraft leasing and trading business over the course of a decade until 2017. 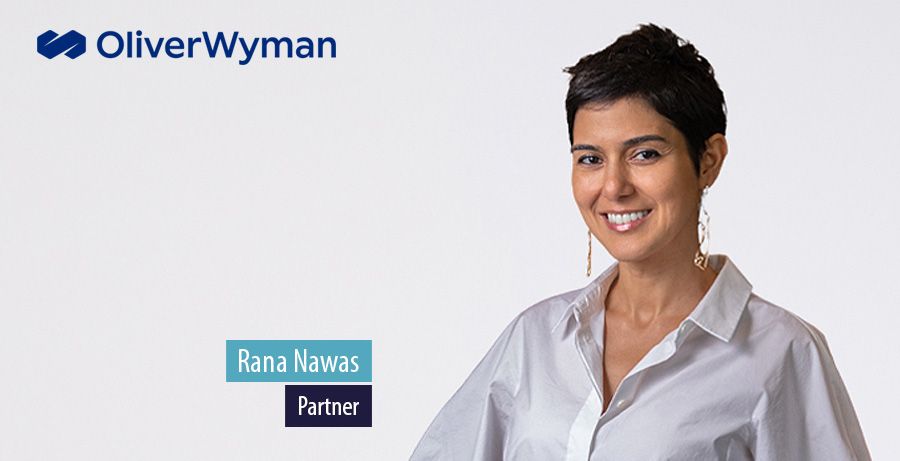 More recently Nawas was the Chief Revenue Officer of transportation logistics software company Velostics in Houston, but in the Middle East is better known for her women’s rights advocacy. This has seen her co-found the Dubai chapter of global female business network Ellevate, and act as a consultant to companies on workplace gender equality.

Moreover, Nawas’ passion for women’s affairs led to the creation of ‘When Women Win’. Launched in Dubai in 2017, the podcast quickly hit number one on the iTunes Middle East charts, drawing listeners from over 180 countries to her interviews with inspirational women and female role models from diverse backgrounds such as Emirati poet Afra Atiq, former Princess of he Luxembourg, Tessy Antony, and Muslim US Olympic medallist Ibtihaj Muhammad.

By the end of its fourth season last year the podcast continued to top charts across the region.

“Rana’s path has been shaped by two key traits: optimism and infinite curiosity,” states her bio. “One might say that her current role with Oliver Wyman is a culmination of various strands of her career coming together. As a multilingual global citizen, she has created trust-based relationships across the planet and helped realise global-scale projects, while her engineering degree taught her how to solve complex problems, experiment, analyse and iterate.”

Oliver Wyman has a strong aviation sector background, including through its dedicated technical consulting and services division Cavok, and is well-known for its annual global fleet forecast, which last year suggested the Middle East’s aviation industry was facing the slowest recovery of any region but that its medium and long-term growth figures would be impacted.