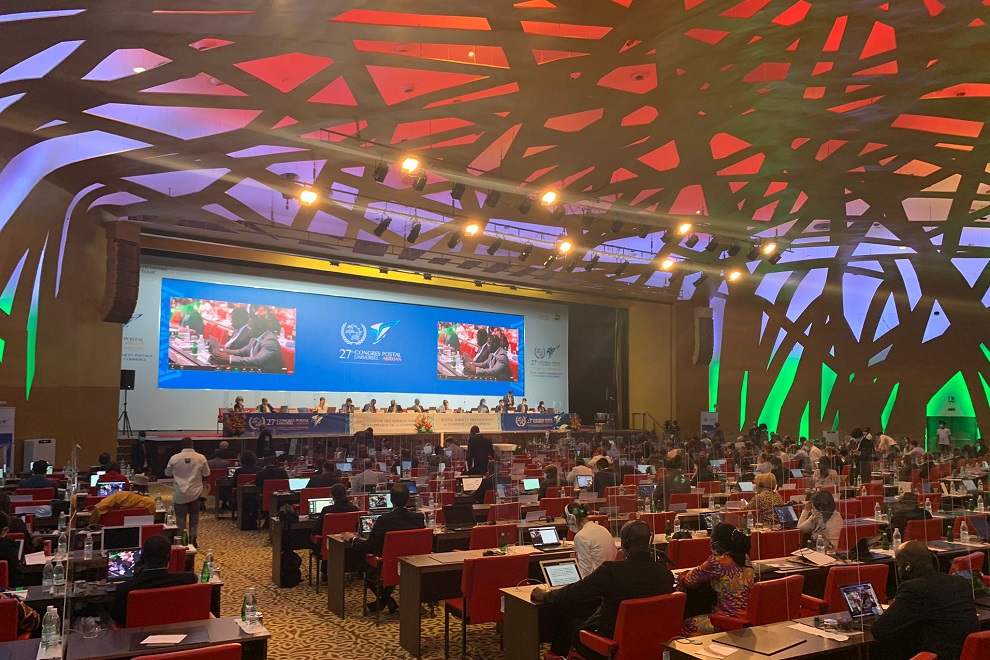 Qatar won a seat on the board of Universal Postal Union’s (UPU) Council of Administration, which results from the elections conducted at the conclusion of the 27th Universal Postal Congress held in Abidjan, Côte d’Ivoire and attended by a Qatari delegation from the Communications Regulatory Authority (CRA) and Q-Post, headed by His Excellency Mohammed Ali Al-Mannai, President of CRA.

The UPU member countries participated in the elections to elect the next UPU director general, deputy director general, members of the Postal Operations Council (POC), and UPU’s Council of Administration (CA) for the 2022-2025 period. The CA consists of 41 member countries, which represent five geographical groups, one of which is Group No. 4 “Southern Asia and Oceania” that is allocated 10 seats, one of which is won by Qatar.

The CA members meet annually at UPU headquarters in Berne, Switzerland, and ensure the continuity of the UPU’s work between the Universal Postal Congresses, which convenes every four years and is considered the supreme authority of the UPU. Moreover, to ensure that the UPU is able to react quickly to changes in the postal environment, the CA has the power to approve proposals by the POC for the adoption of regulations or new procedures.

Commenting on the winning His Excellency Minister of Transport and Communications Jassim bin Saif Al-Sulaiti said: “We are proud that Qatar won a seat on the board of UPU’s Council of Administration, and we look forward to Qatar’s contribution, along with other member countries, to shaping the future of the global postal sector for the better, especially that the postal sector is constantly evolving with the growth of E-commerce globally, which leads to the emergence of new issues and challenges for all parties; regulatory bodies and postal institutions around the world, and thus more cooperation and coordination between the UPU and the postal sector players are needed,”

“We are happy with this winning and the role that Qatar will play through contributing to supervising the UPU’s activities and studying regulatory, administrative, legislative, and legal issues. That will have a direct effect on the development of the postal sector in Qatar and other local sectors associated with postal services. Thus, the consumers will receive more advanced and high-quality postal services. Finally, I wish everyone success for the good of the global and local postal sector,” said His Excellency Mohammed Ali Al-Mannai, President of CRA.

“We are pleased with this achievement, which indicates the international confidence in Qatar and its experience in the postal field, to contribute along with other member countries in taking the necessary measures to resolve postal urgent issues and approving the yearly updates of the new World Postal Strategy that will be followed by postal institutions around the world until the year 2025, to ensure the development of the global postal sector,” said Faleh Al-Naemi, Chairman and Managing Director of Q-Post.

“I would like to thank everyone who contributed to Qatar winning a seat on the board of UPU’s Council of Administration, which is a source of pride for all of us. It indicates Qatar’s position in the global postal sector and the prominent role it plays in this field,” said H.E. the Ambassador of the State of Qatar to the Republic of Cote d’Ivoire, Jaber Jar Allah Al Marri.

The UPU is a United Nations specialized agency and one of the world’s oldest international organizations. The UPU is the primary forum for cooperation between postal sector players and has 192 member countries; Qatar is a member of the UPU since 1969.