Record priced Pride of Dubai filly Queen of Dubai claimed her first Black Type win at Sandown on Saturday when taking out the Listed MRC Jim Moloney Stakes (1400m), while progressive mare Sirileo Miss took another step towards Black Type with a stylish victory earlier in the day. 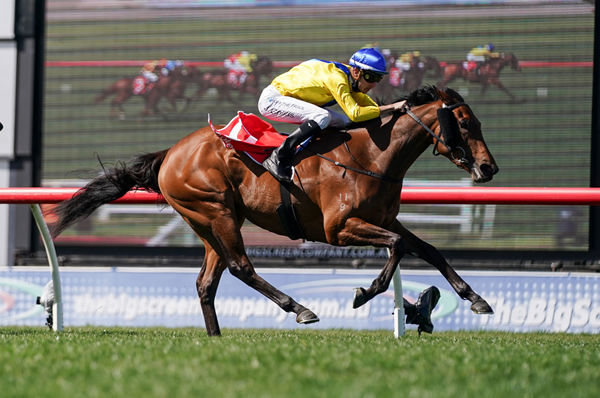 Trained by Gai Waterhouse and Adrian Bott, Queen of Dubai broke her maiden at Kembla on July 22 and was then south to Melbourne with the goal of chasing a start in the Group I MRC Thousand Guineas.

Luckless in her first two unplaced starts in Melbourne in races won both times by Zouzarella, Queen of Dubai turned the tables on that filly this time around with a step up in trip to 1400m.

Taken forward by Jordan Childs, Queen of Dubai charged straight to the front and kept up a good gallop all the way proving impossible to run down with Zouzarella best of the rest finishing a length behind her.

Childs was full of praise for Queen of Dubai and believes she has what it takes to be competitive in the Group I MRC Thousand Guineas next month.

“She won impressively today. As long as she comes through that run good and Gai is happy with her, I can’t see why she couldn’t step up to that level.” 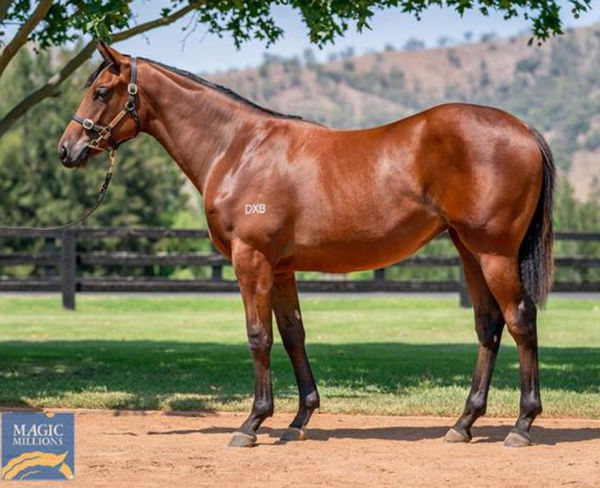 A $500,000 Magic Millions purchase from the Segenhoe draft for her trainers, Queen of Dubai is the most expensive yearling filly by her sire and runs for a syndicate that includes her breeder Sheikh Mohammed Bin Khalifa Al Maktoum, in whose colours she runs.

With two wins from six starts and prizemoney in excess of $126,000, Queen of Dubai is a full sister to stakes-placed Dubai Star and is the second winner from Jezzabba, a winning half-sister by Fastnet Rock to Group II winner Von Costa de Hero from Group I winner Piavonic.

The two year-old old filly by Snitzel from Jezzabba was sold at Magic Millions this year to Snowden Racing for $280,000 and she has a yearling filly to follow by Pride of Dubai.

Jezzabba has foaled again at Segenhoe this spring producing a colt by Pride of Dubai.

Queen of Dubai is the 12th stakes-winner for Pride of Dubai, who may have another stakes-winner in the pipeline with four year-old mare Sirileo Miss signalling her intent to progress to Black Type racing this spring with a soft win in the Benchmark 78 event over 1400m. 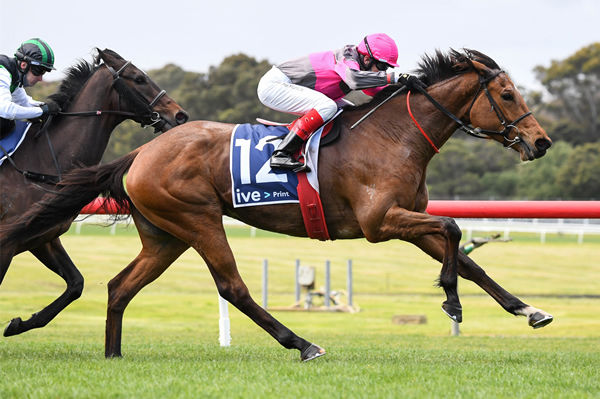 Third in the Group III SAJC Auraria Stakes and fifth beaten a length in the Group I SAJC Australasian Oaks in her last preparation, the Simon Wilde trained mare has the overall record of four wins and three placings from eight starts with prizemoney topping $227,000.

A $60,000 Inglis Premier purchase from the Miranda Park draft for her trainer, Sirileo Miss was bred by Gary O’Meara. She is a half-sister to stakes-placed Sophia’s Choice and is one of seven winners from seven to race from good producer She’s Sirius, a half-sister by Galileo to stakes-winner Spectrolite.

A former brilliant dual Group I winning 2YO by Street Cry (IRE), Pride of Dubai stands at Coolmore this spring for $22,000.

Previous articleMayabay Dubai at Jumeirah Al Naseem
Next articleExpo 2020 launches official song, ‘This Is Our Time’, celebrating the UAE and power of collaboration